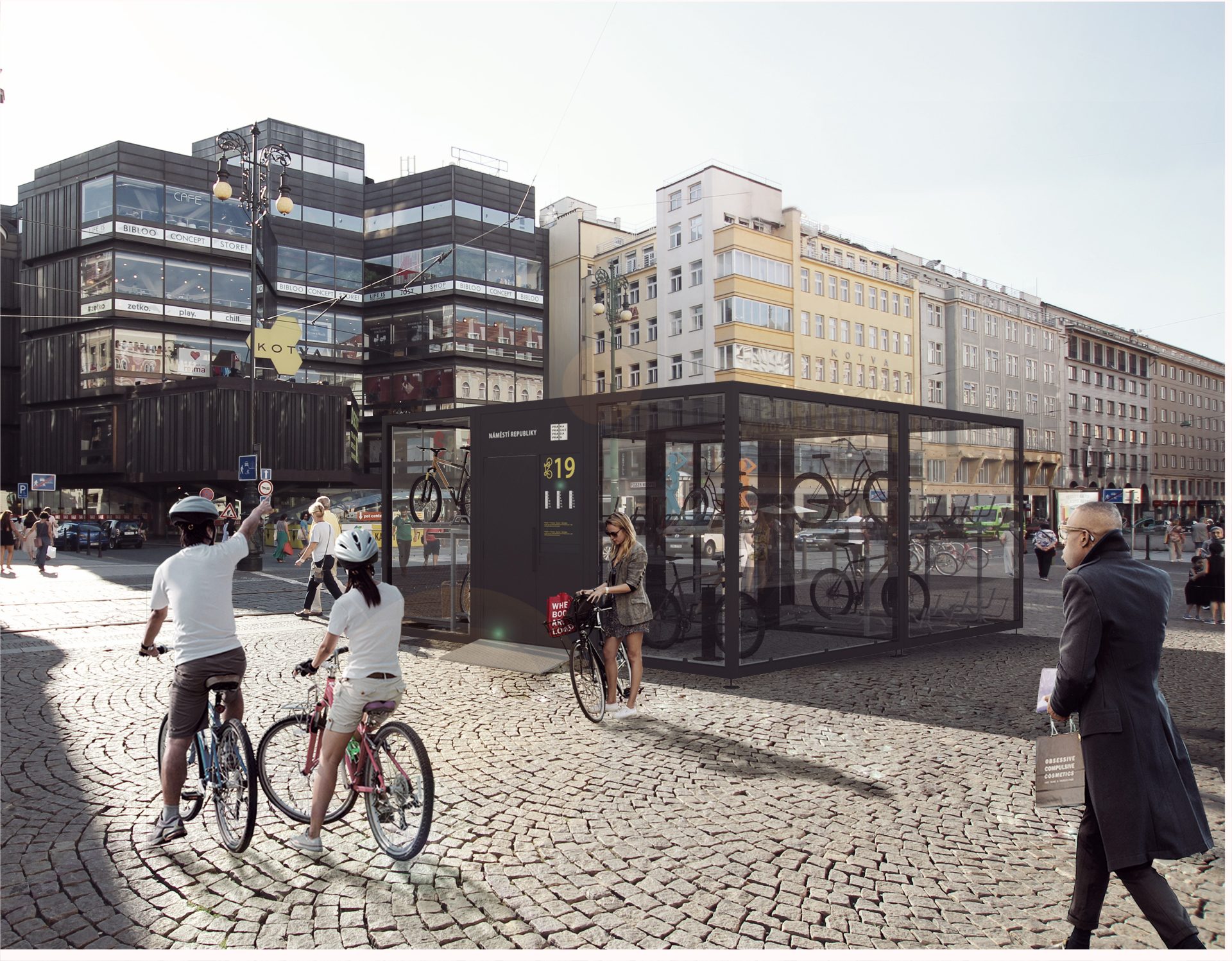 study 2018
The aim of this project was to design a network of roofed and secured places for bicycle parking nearby stops of public transportation. This was also a way of supporting the Park + Ride system as a more ecological equivalent to Park + Drive. As a helpful reference for our design we received 3 localities spread out from the center to the outskirts of Prague, where the design can be tested- Holešovice Railway Station, space in front of metro at Českomoravská and Klánovice Railway Station.

Parking with a bicycle is a process which should ideally take up as little time and effort as possible. The object itself should be utilitarian, functional, simple and maintenance-free. It also should not attract attention. That is why our designed shape tries to be decent and functional. Instead of creating ad hoc placed objects around the city, we propose a modular parking system. 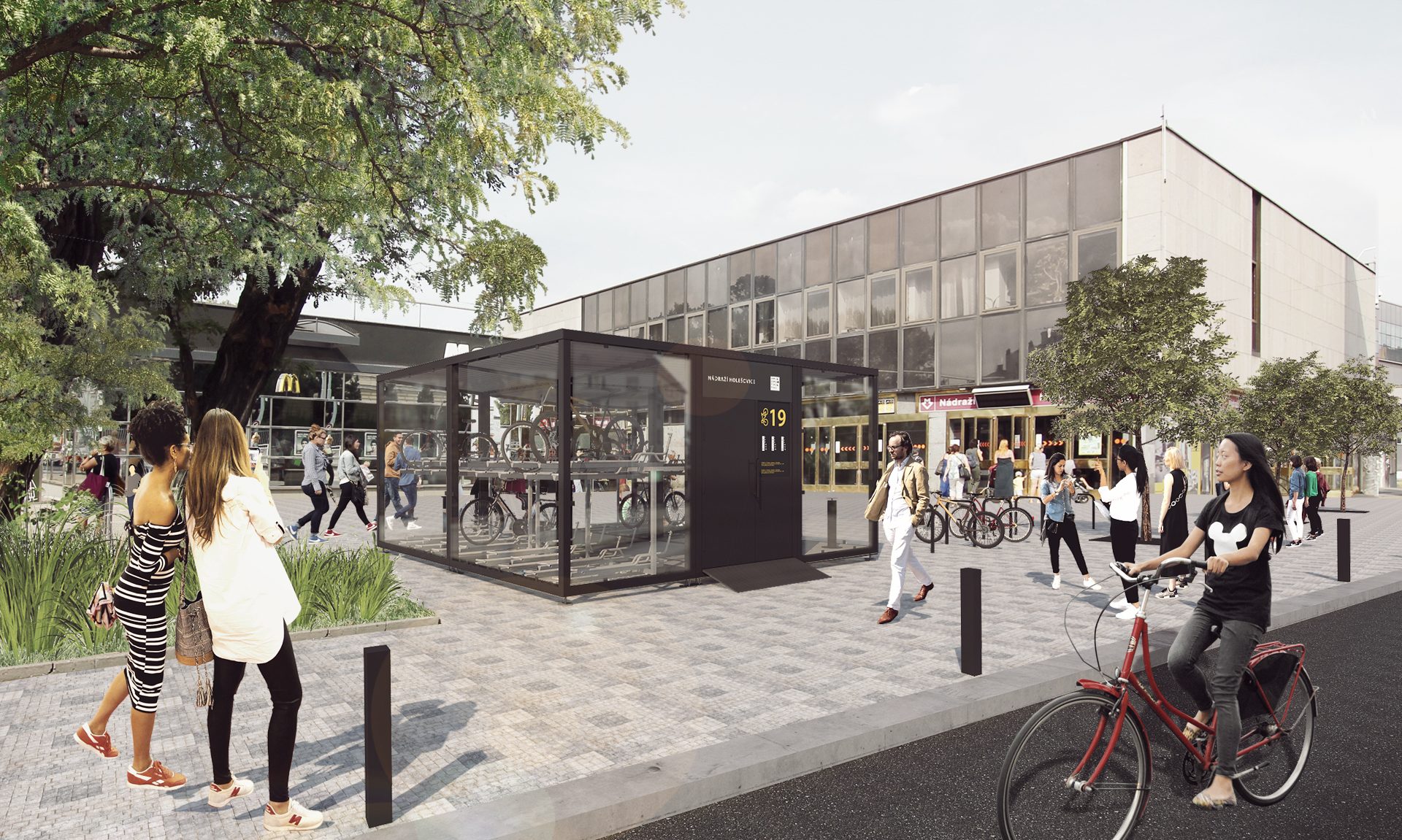 The modules are made in a controlled environment and completed at the site. This process will shorten the installation time and allow better quality as well as lower the price. 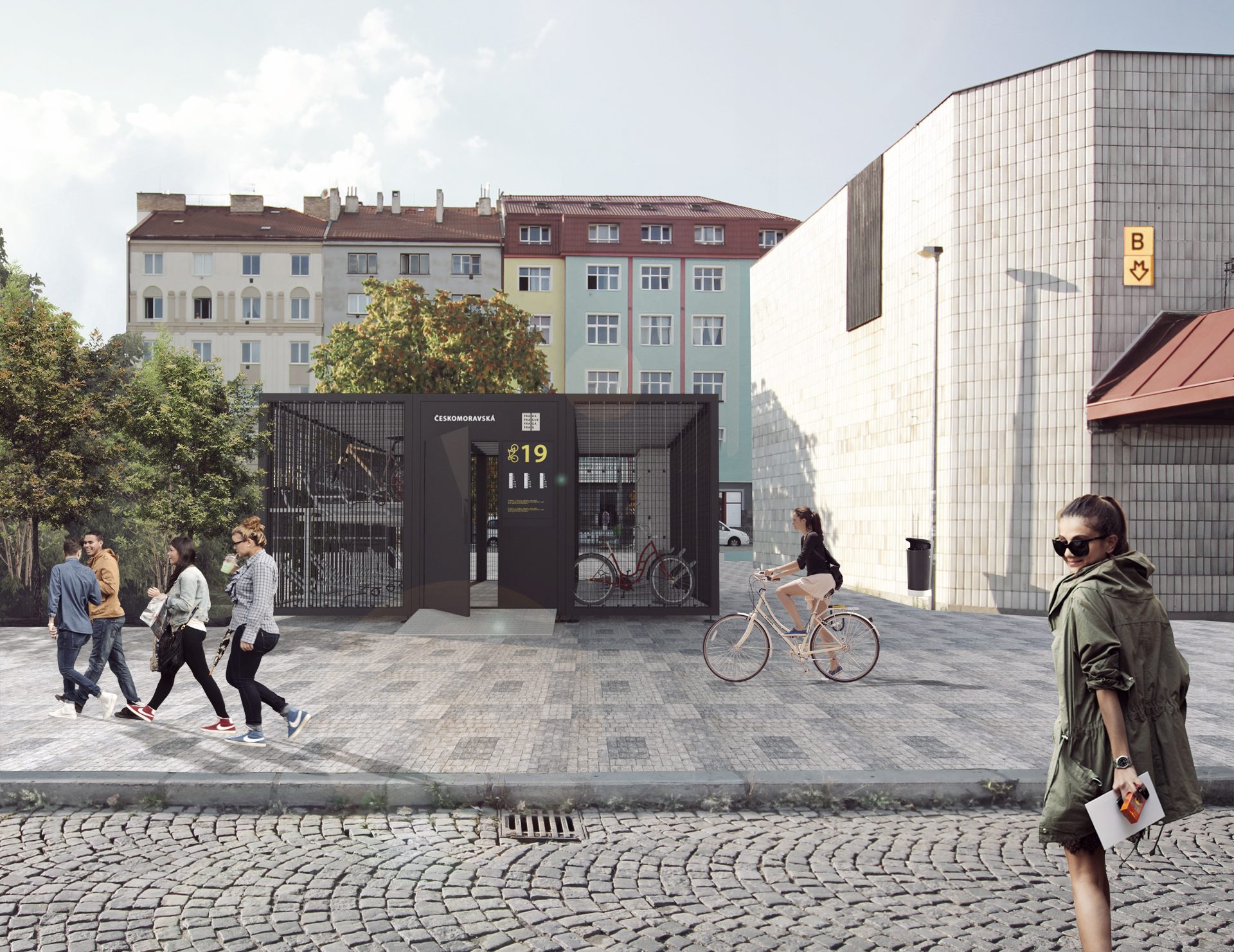 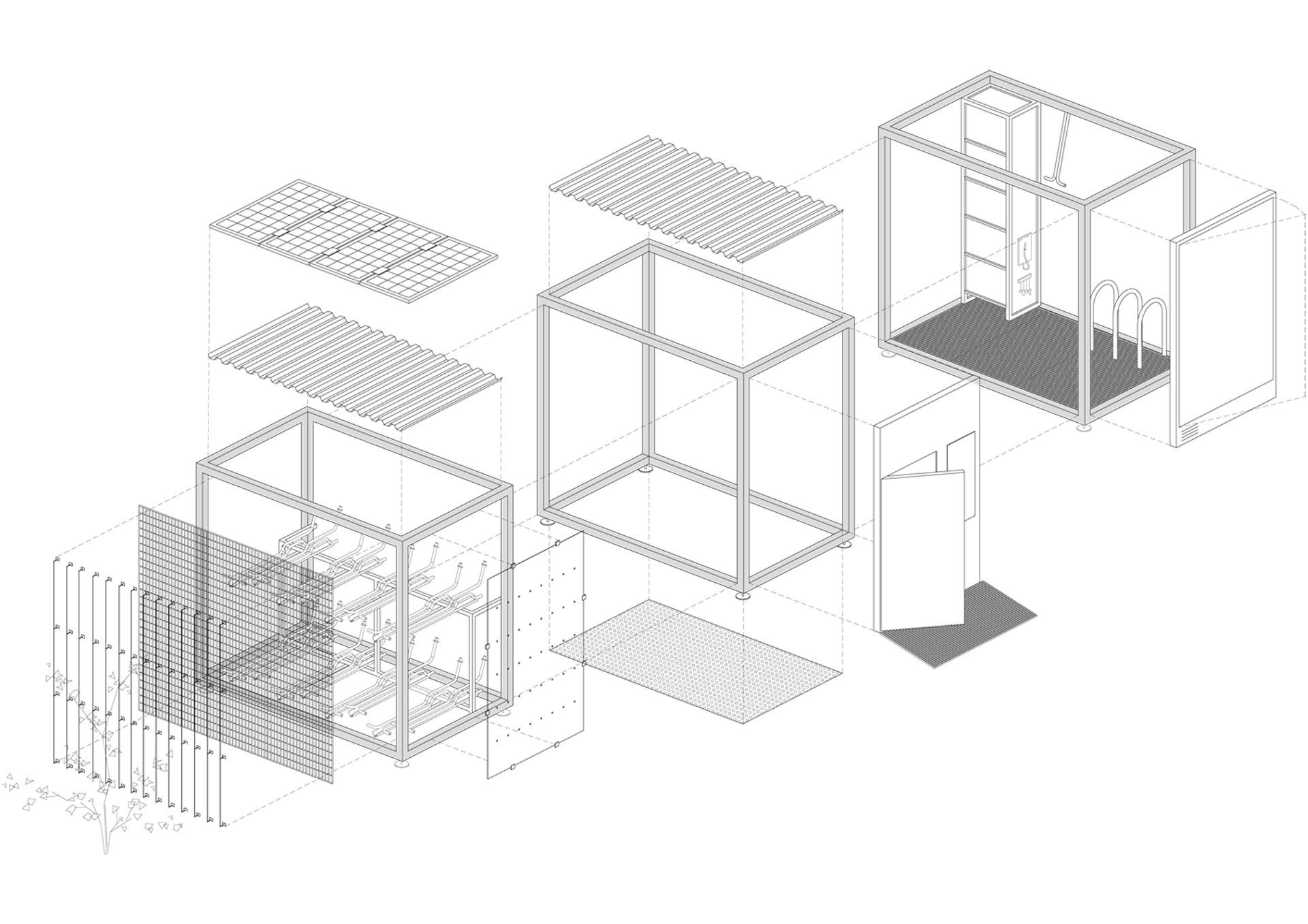 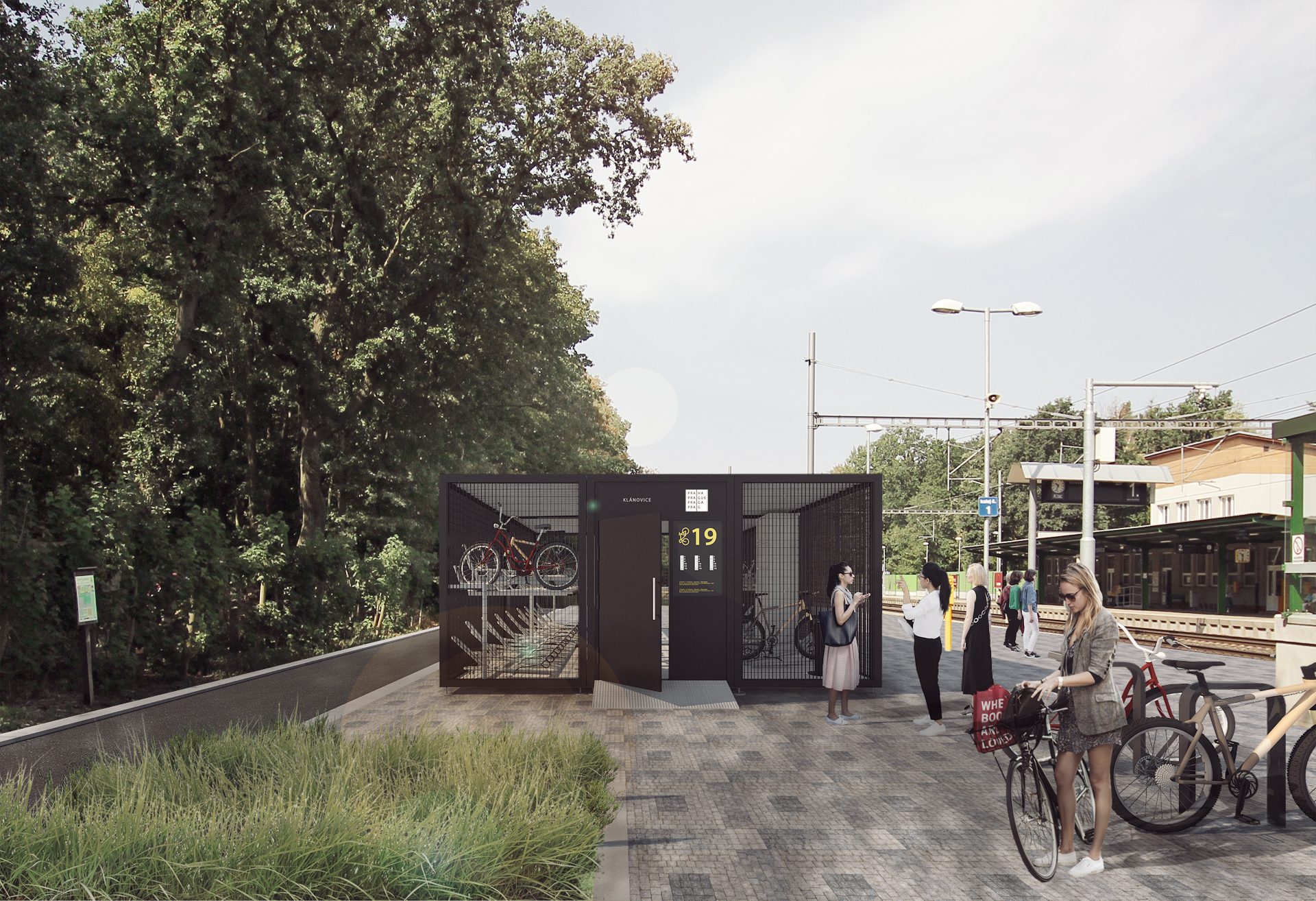 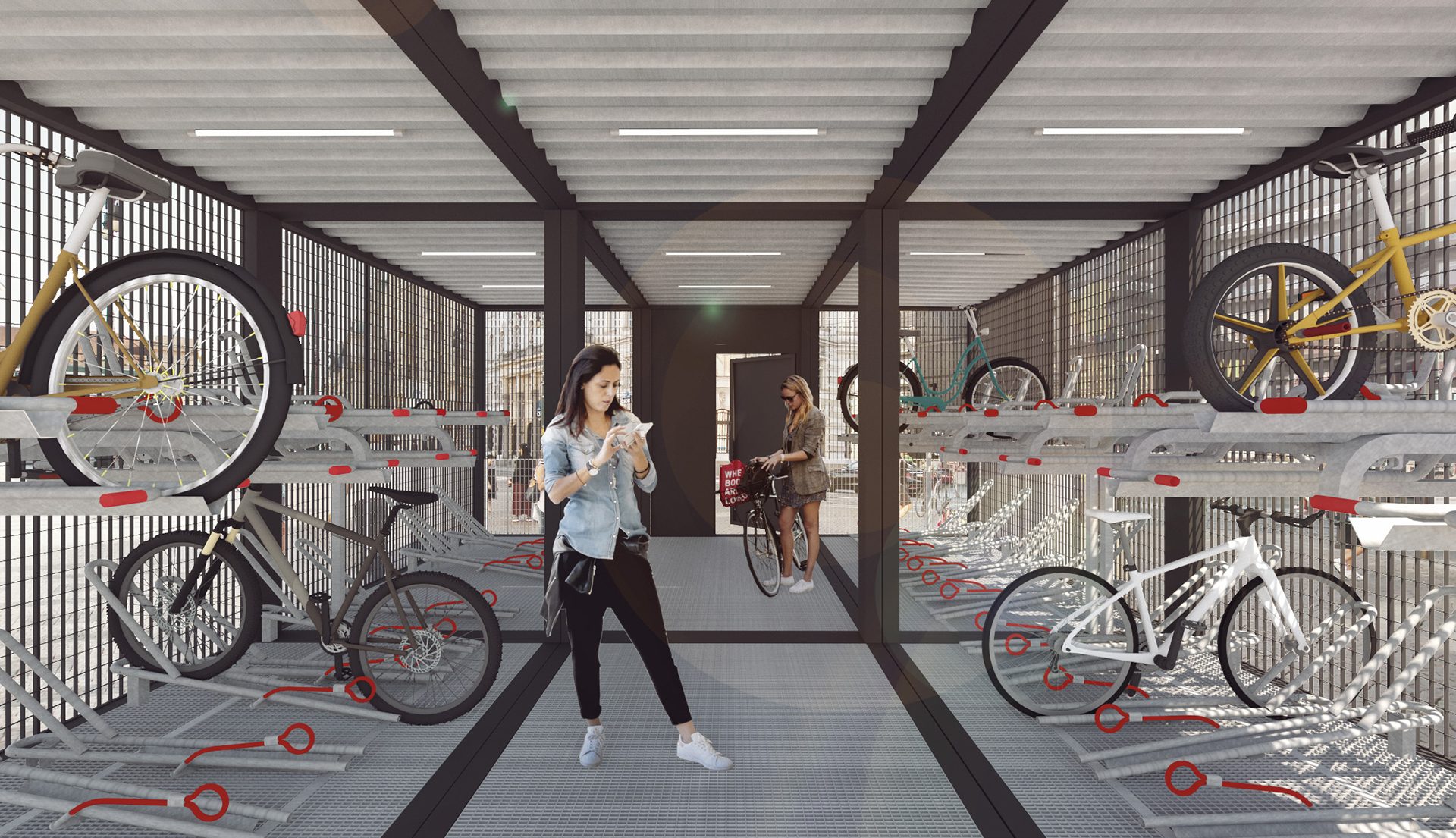