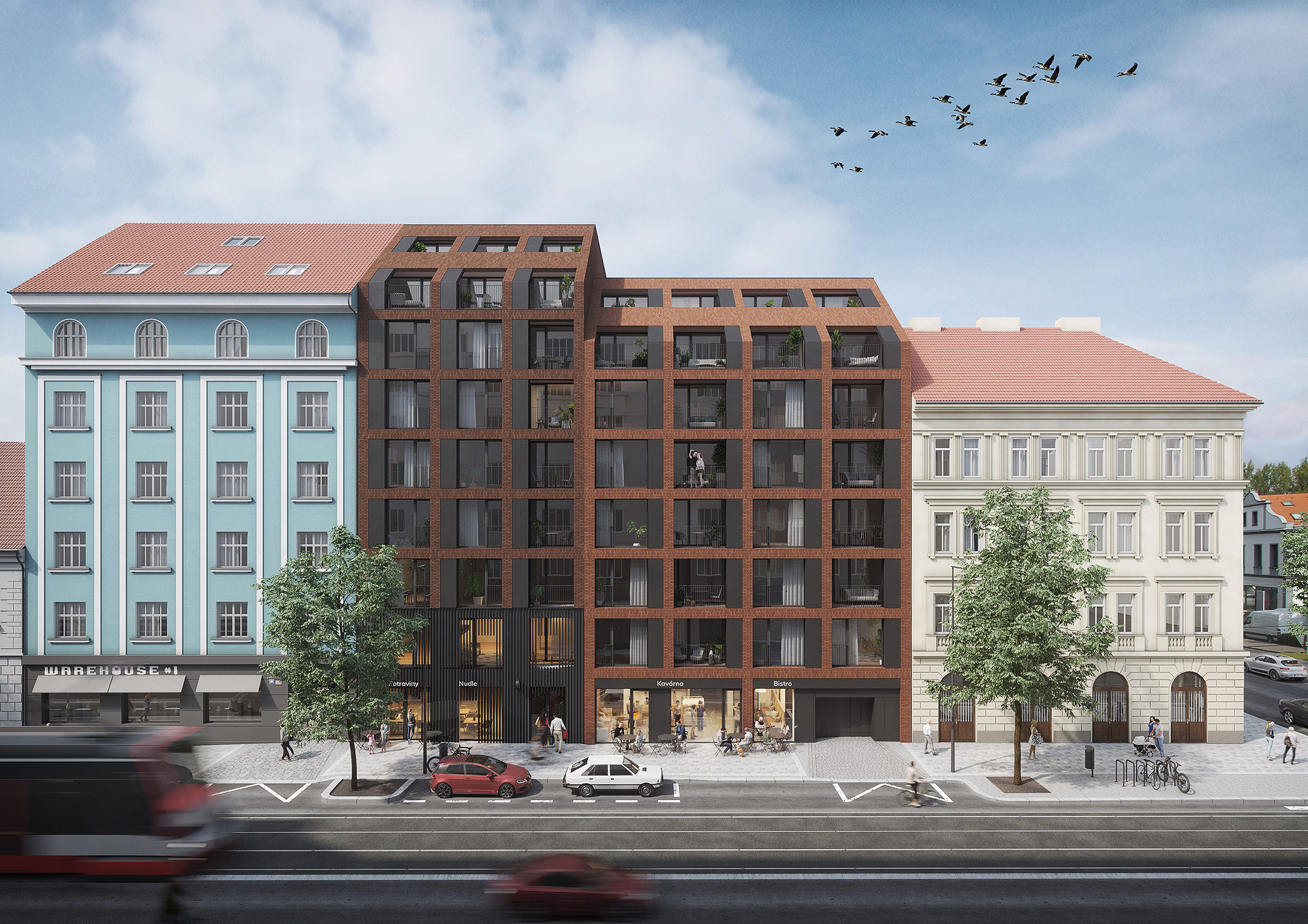 realisation 2021 – 2023
We propose a nine-floor block of flats into one of the last gap sites in Karlín caused by the 1000-year flood. The plot of land is situated at the Karlín main street which has undergone a large architectural and social transformation in the last two decades, just like the rest of the quarter. The proposed object reflects the rich history of the former industrial quarter.

The mass of the building relates both to the historical parcelling of the relevant gap site and to the irregular heights of the buildings, which is typical for Karlín. The object is thus divided into two visually separate masses that respect the original division of the plot: the higher narrow part of nine floors and the lower and wider eight-floor one. The surface of the street façade consists of ceramic cladding in two shades, which further optically reinforces this division and calls back to the traditional material-based nature of industrial objects that have almost completely disappeared from the location due to its massive development. The protruding system of aluminium laths in the left part of the façade suggests the silhouette of the historic object that used to stand at the plot of land and reminds us of its original size and the spirit of the place. The ceramic cladding flawlessly transitions from the vertical façade into the roof surface and thus the object retains modern look while respecting the historical context and reflects the rich history of the formerly industrial quarter.

The inner organisation of the house is typical for current city blocks of flats. Three underground floors contain parking lots, technical facilities of the whole building and cellars. The ground floor offers two commercial units for a restaurant or a café and a separate entrance hall to individual flats in higher floors. Forty-eight flats sized from studio flats to four rooms are located from the second to the ninth above-ground floors. Most of the flats have two rooms with kitchenette and larger ones have their own enclosed balcony or a balcony available from both the living room and the bedroom. These outside spaces look to the south, into Sokolovská Street. Premium flats of larger size with completely glazed living areas are located at the upper floors of the house. Their spacious terraces give the view on the greenery of the Vítkov hill and on the Karlín roofs.

The fact that the house that we place at the 48 Sokolovská Street address contains forty-eight flats only confirms the intricacy of the whole project and the attention to detail. 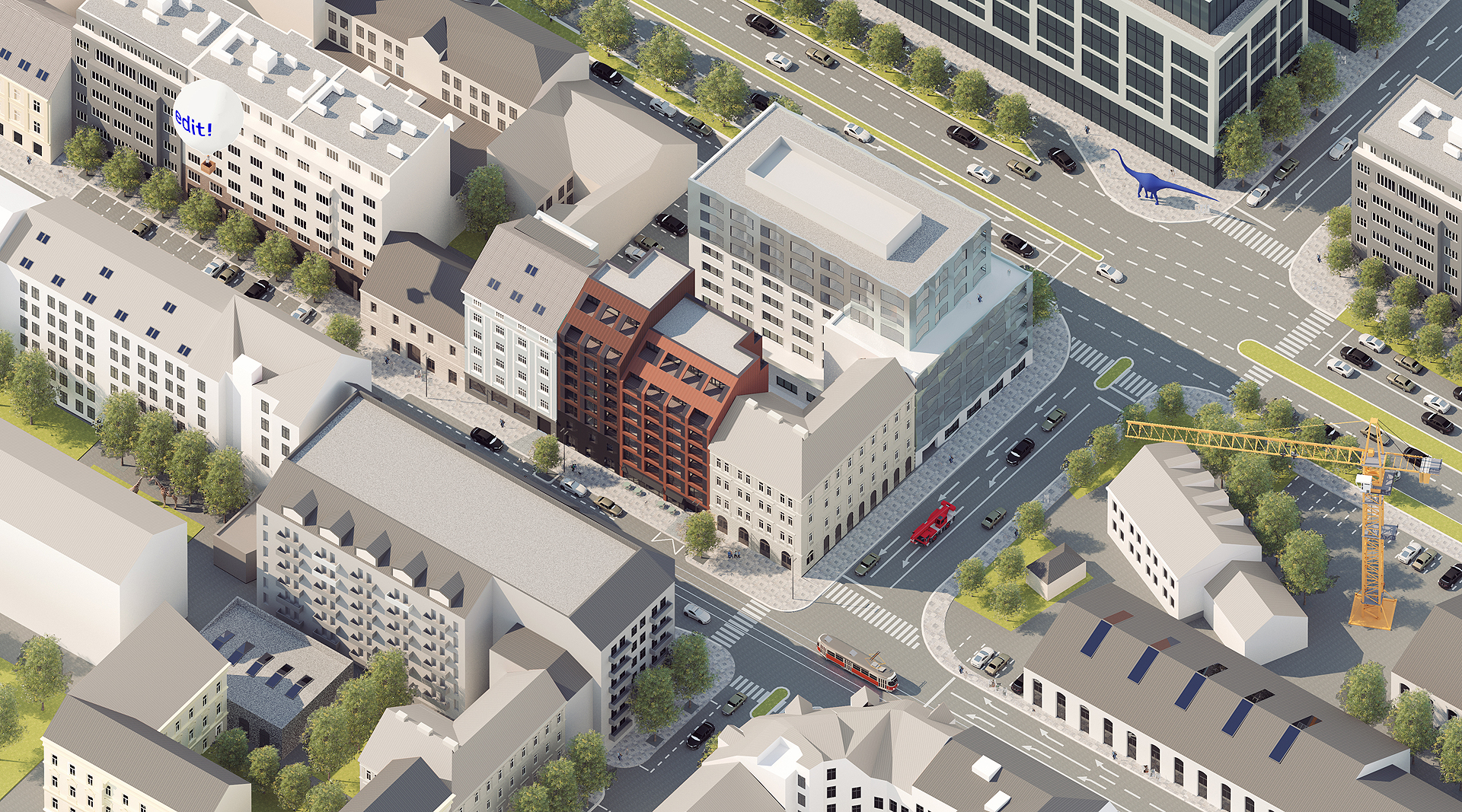 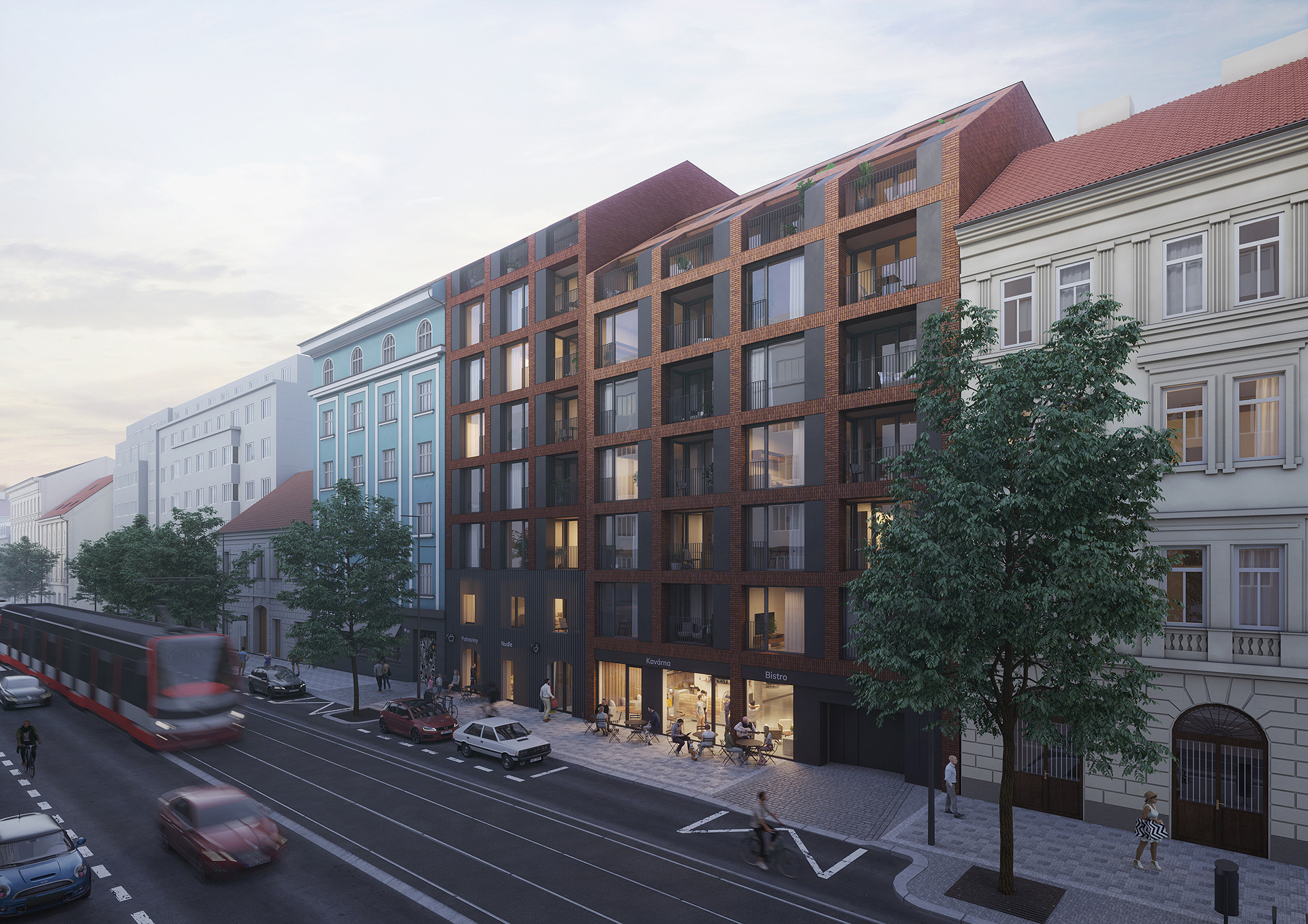 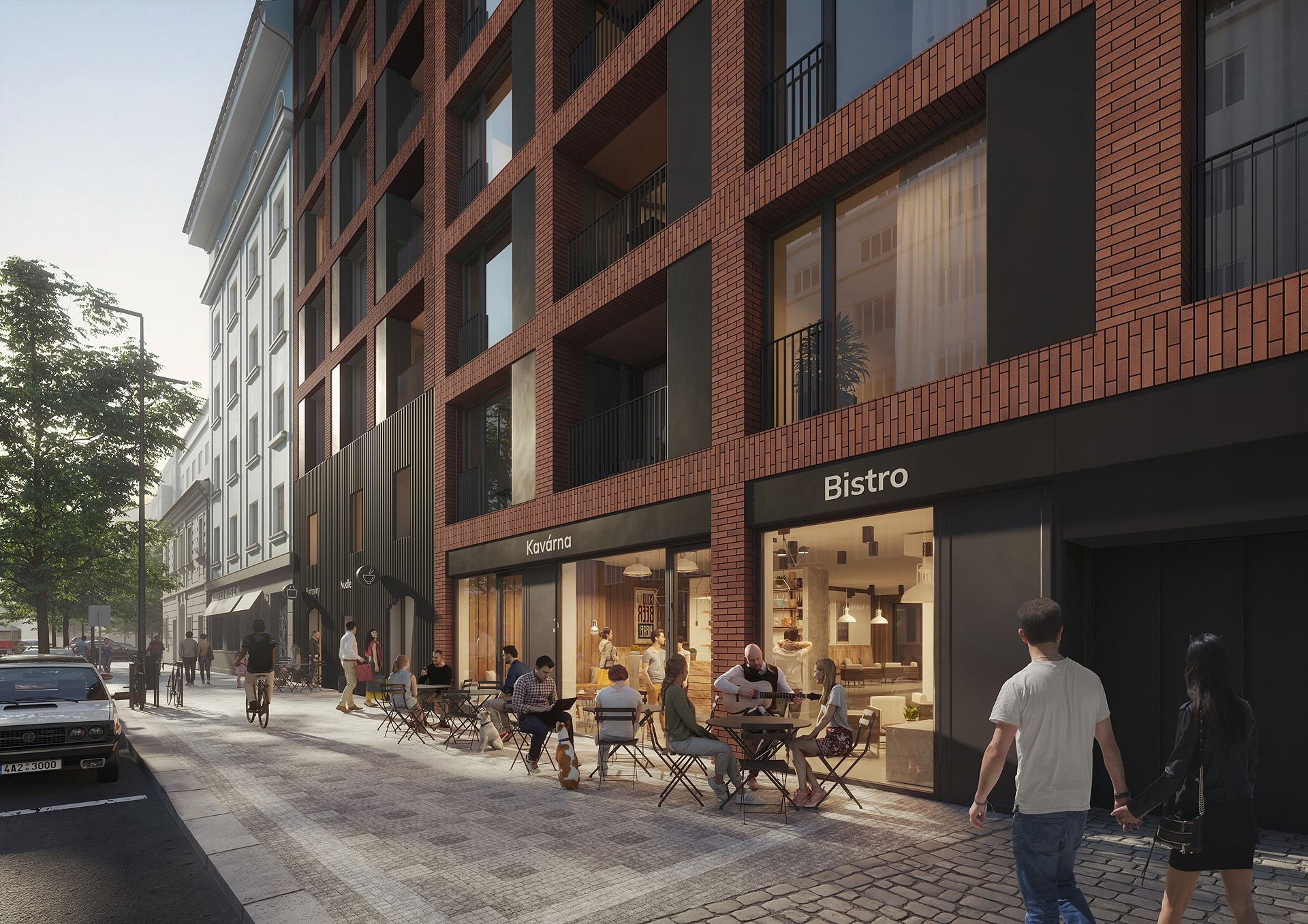 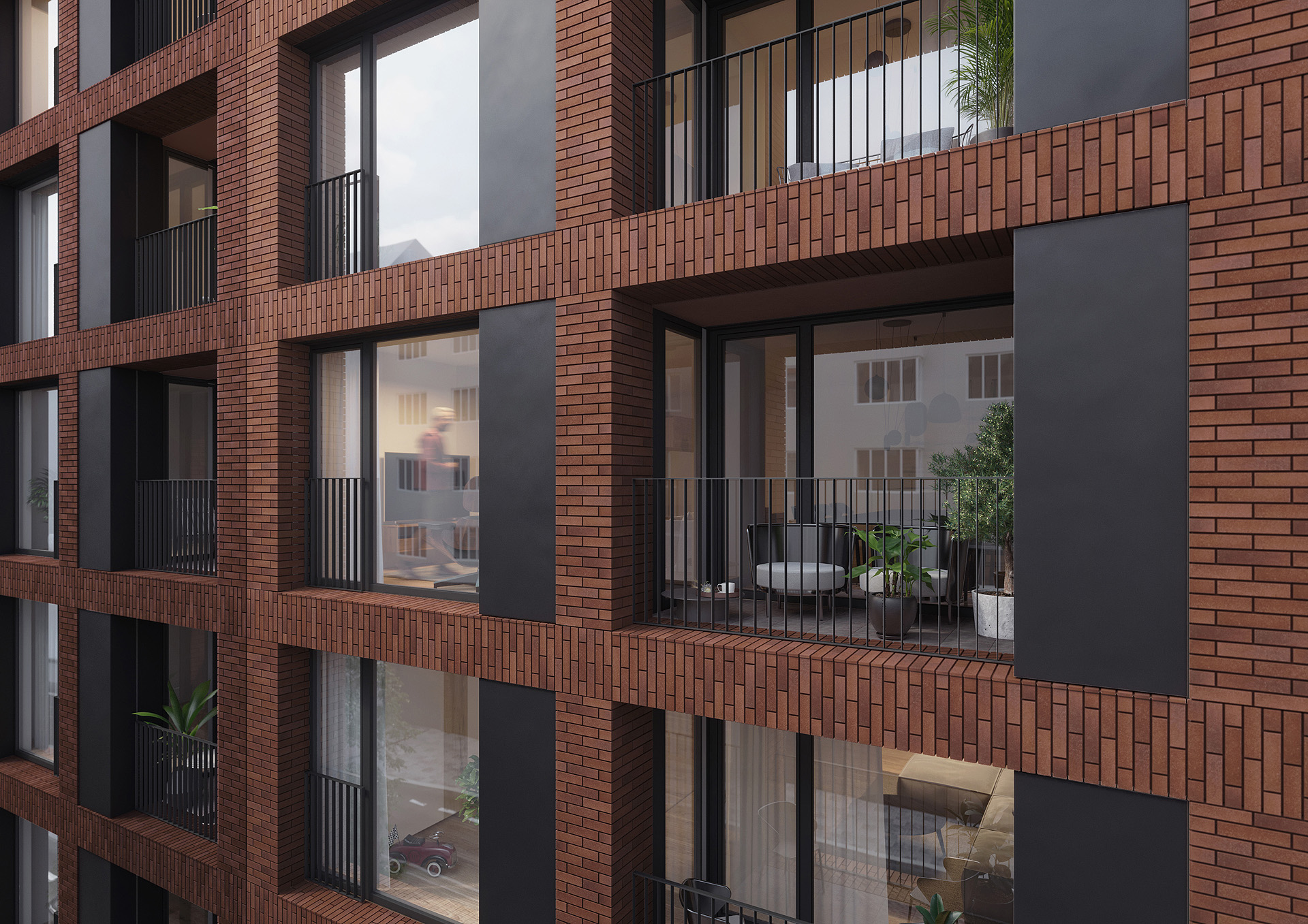 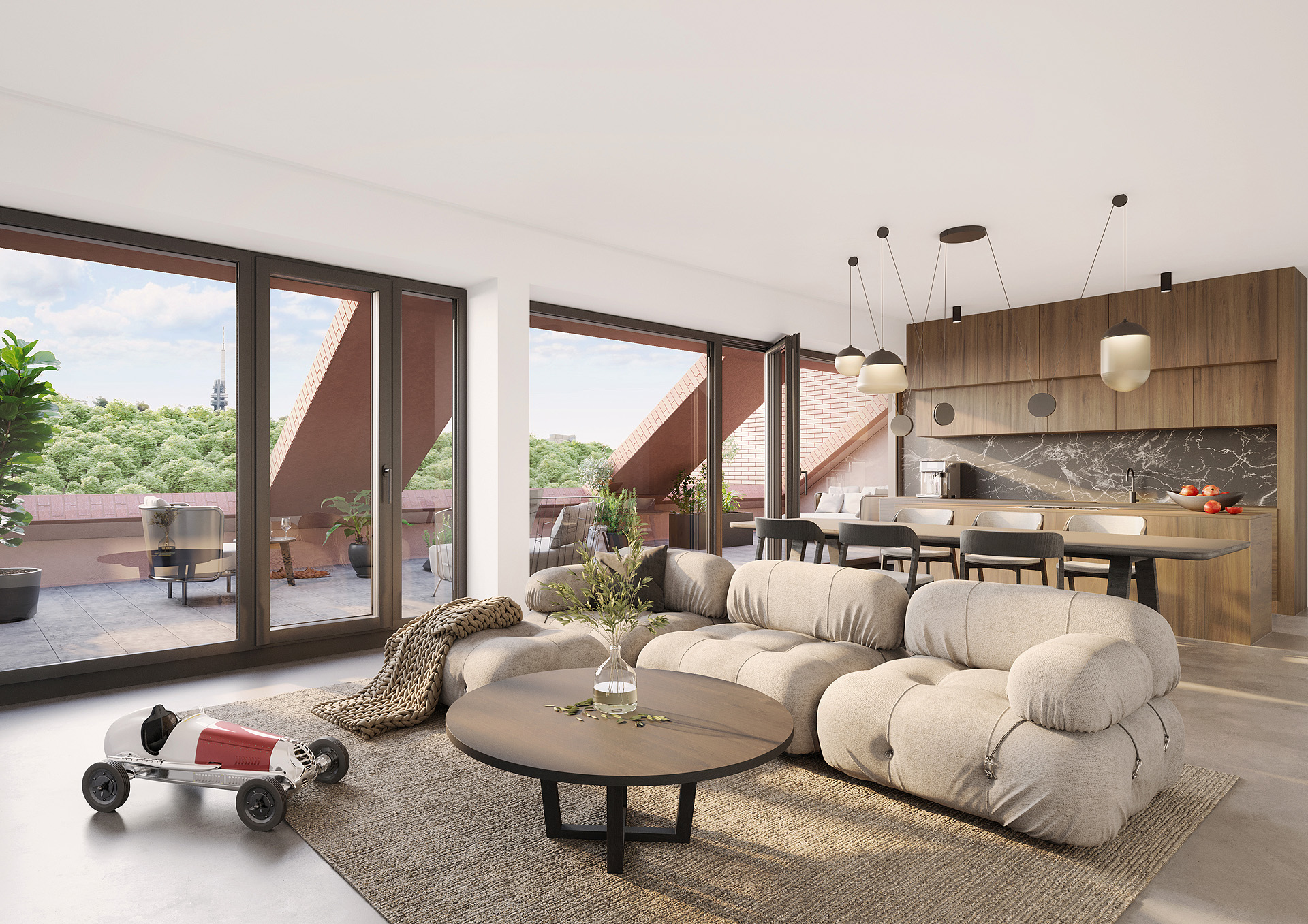 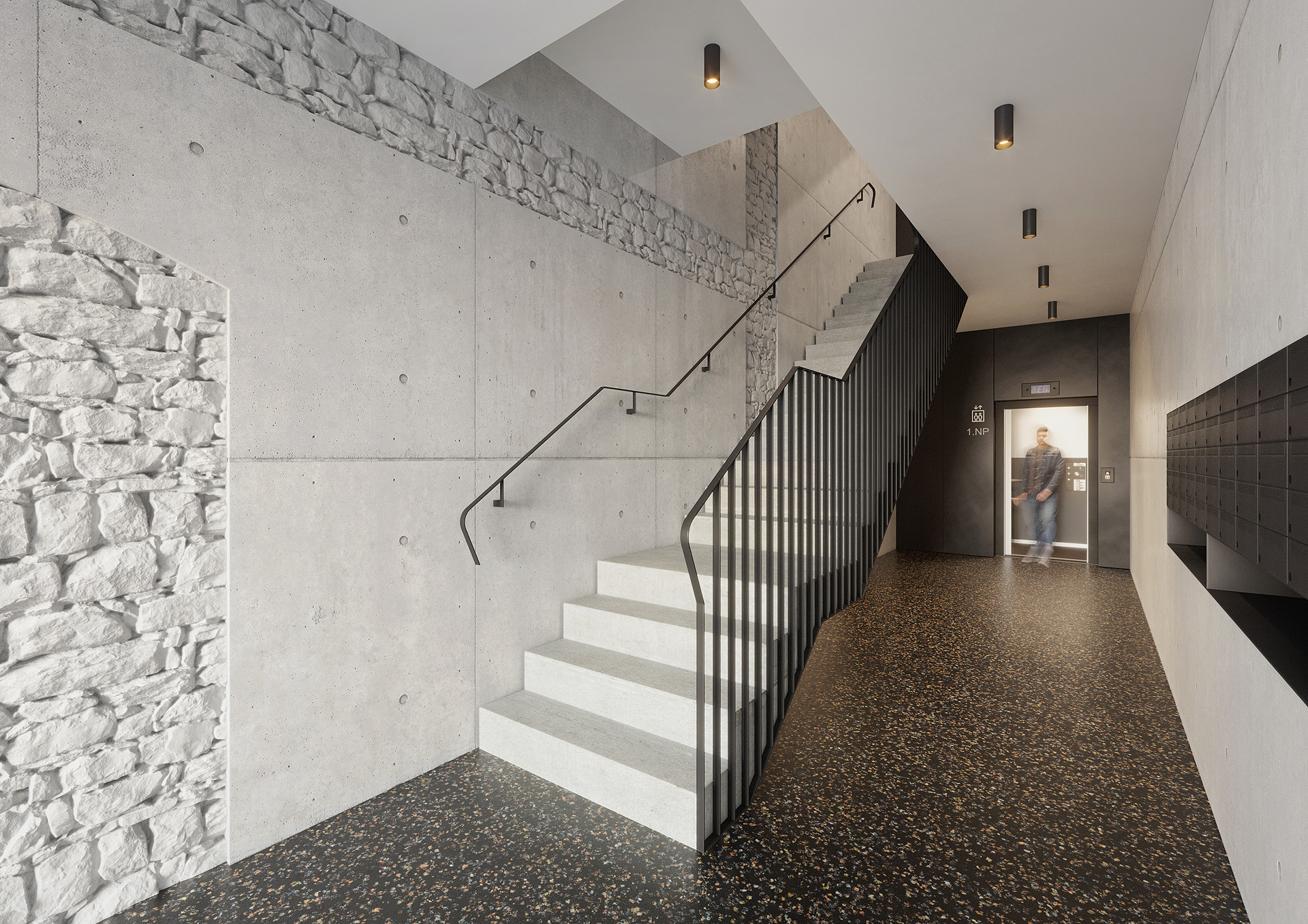 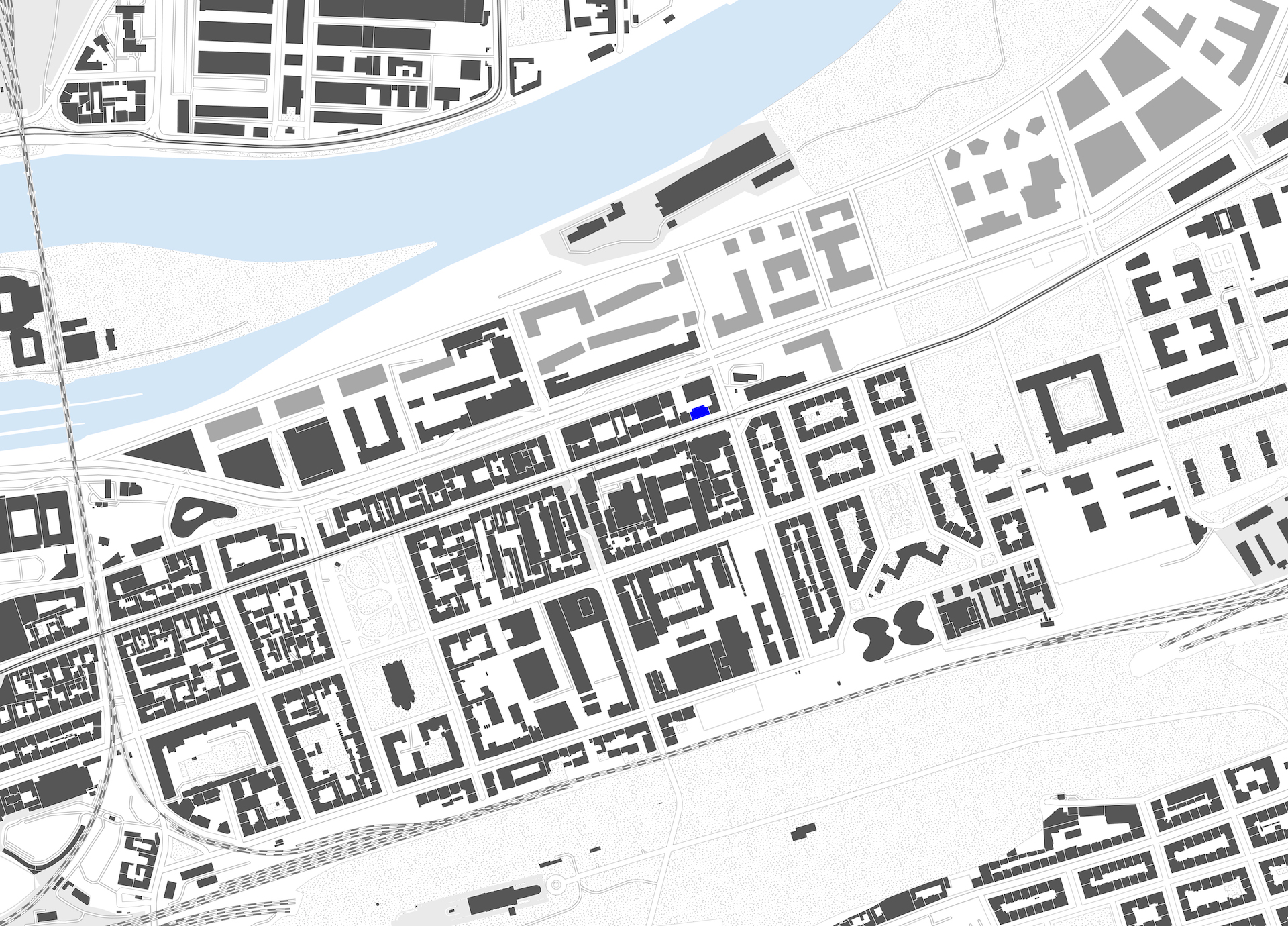 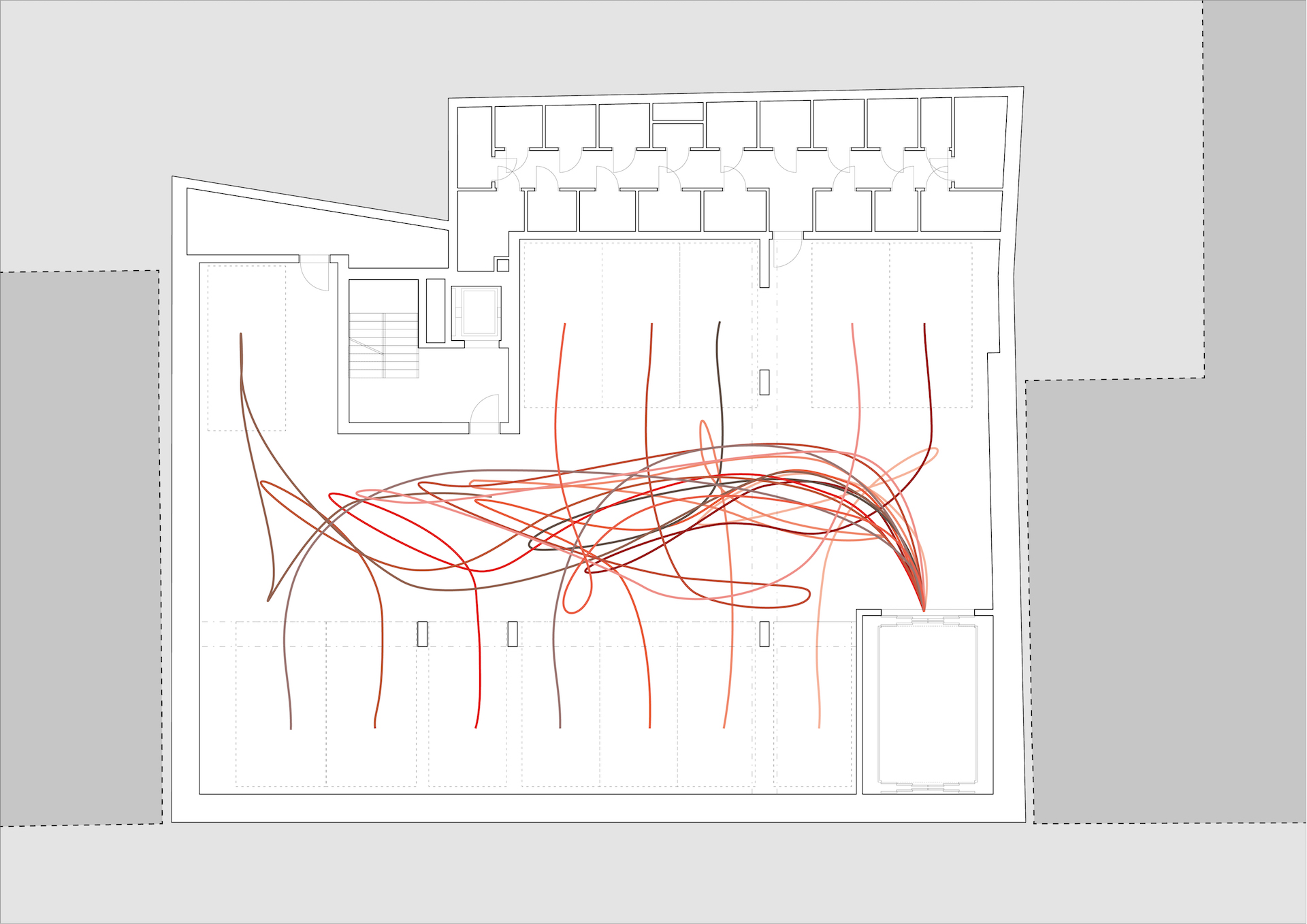 plan of a typical underground floor 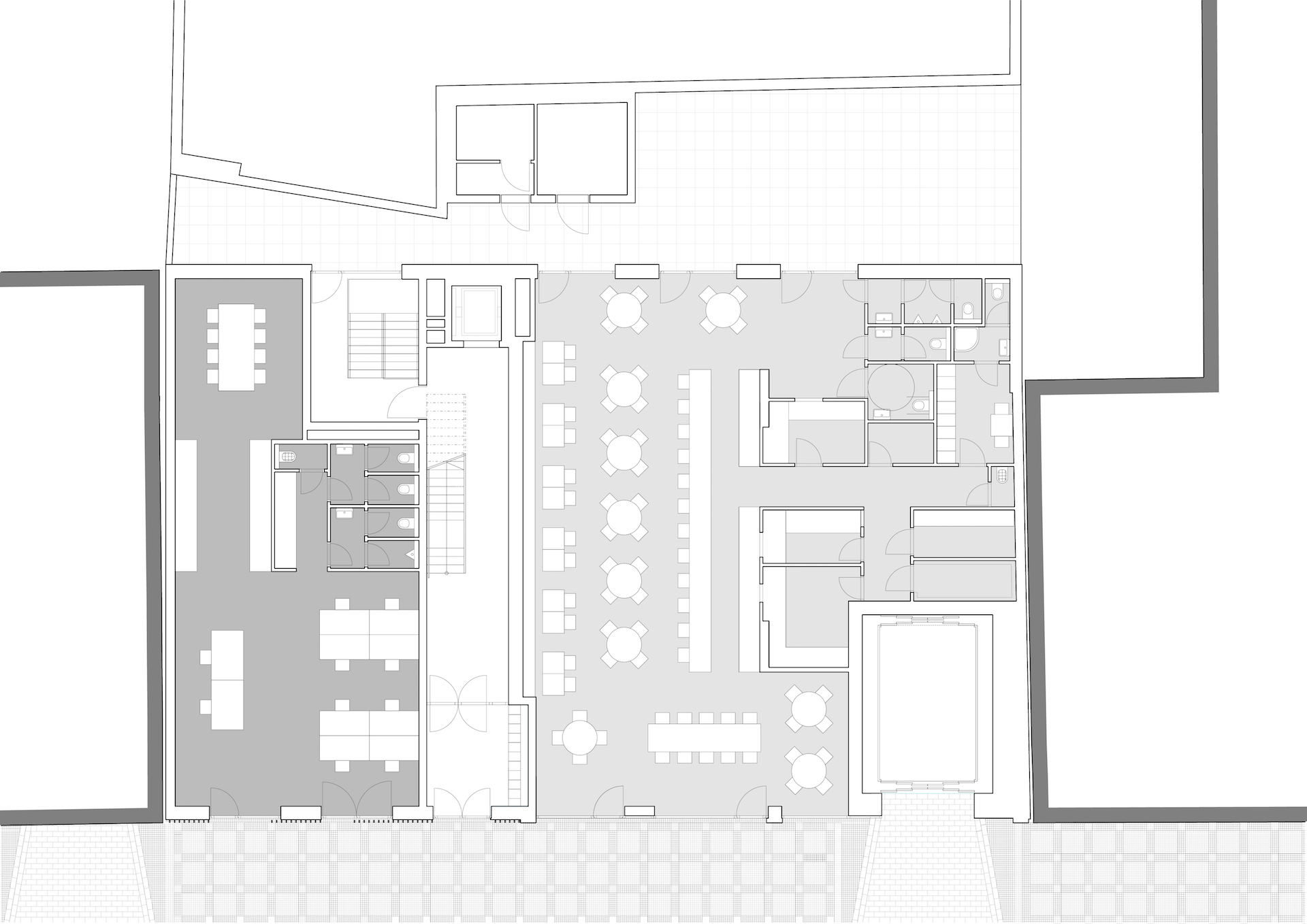 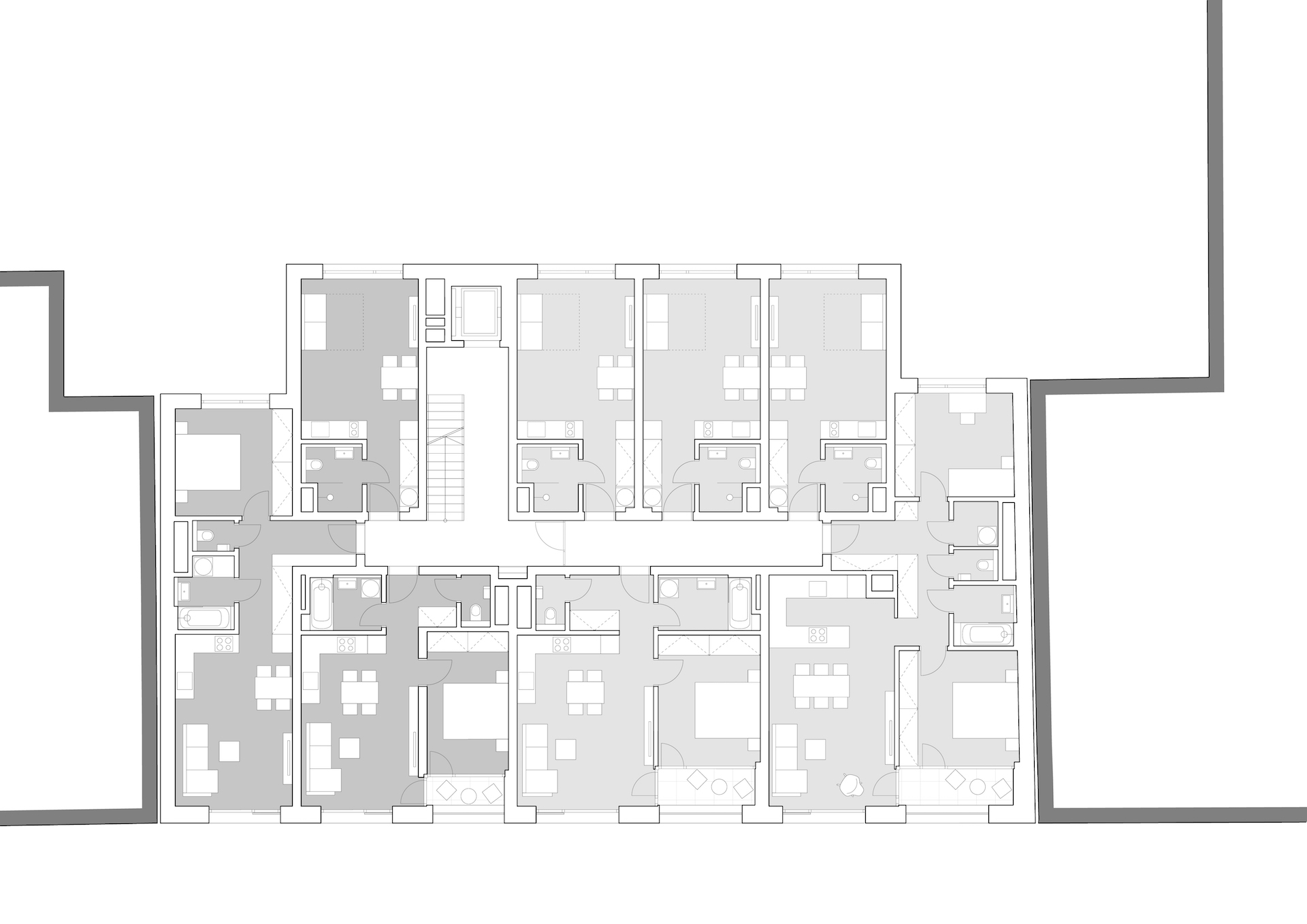 plan of a typical floor 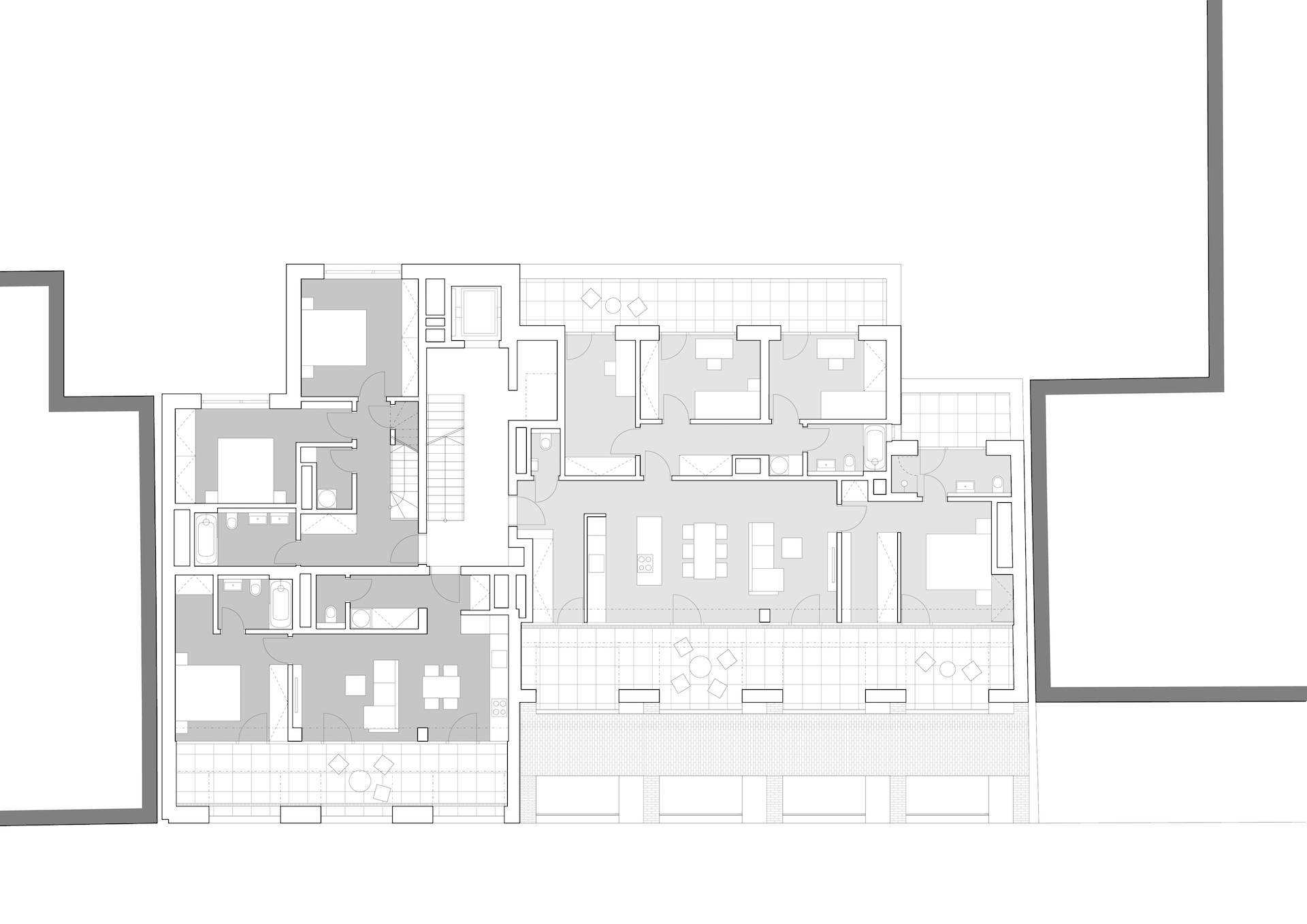 plan of a recessed 8th floor 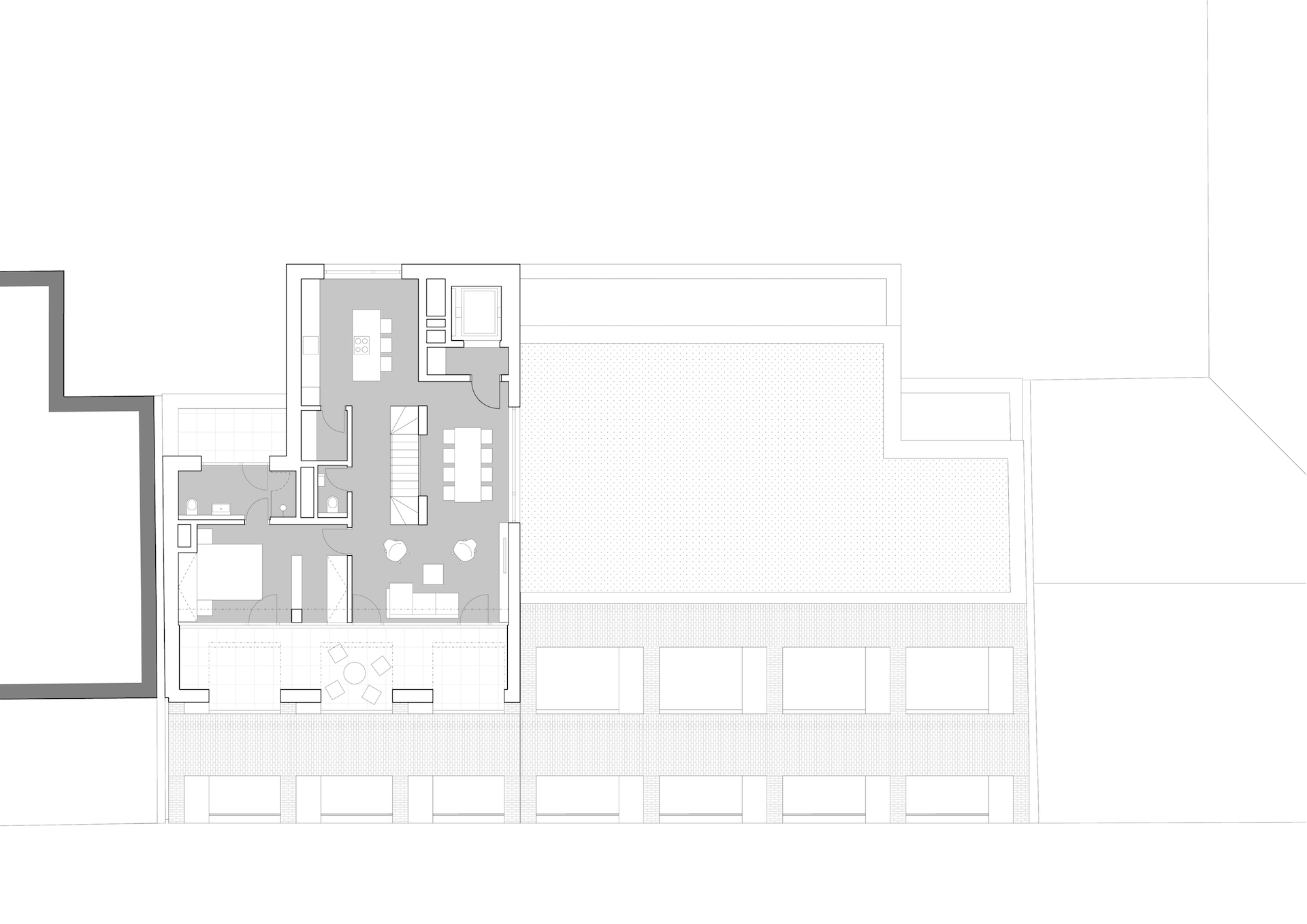 plan of a last floor 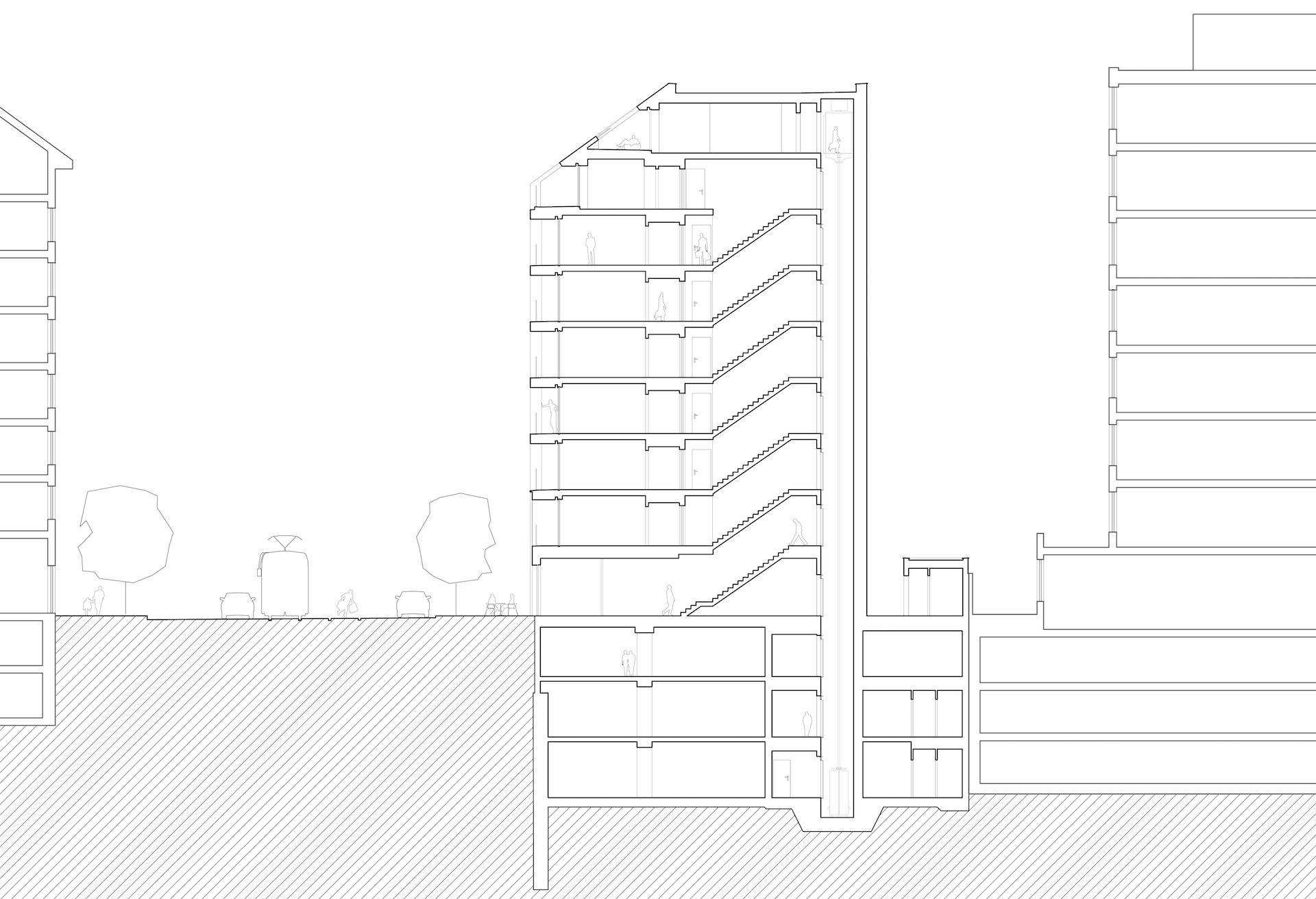 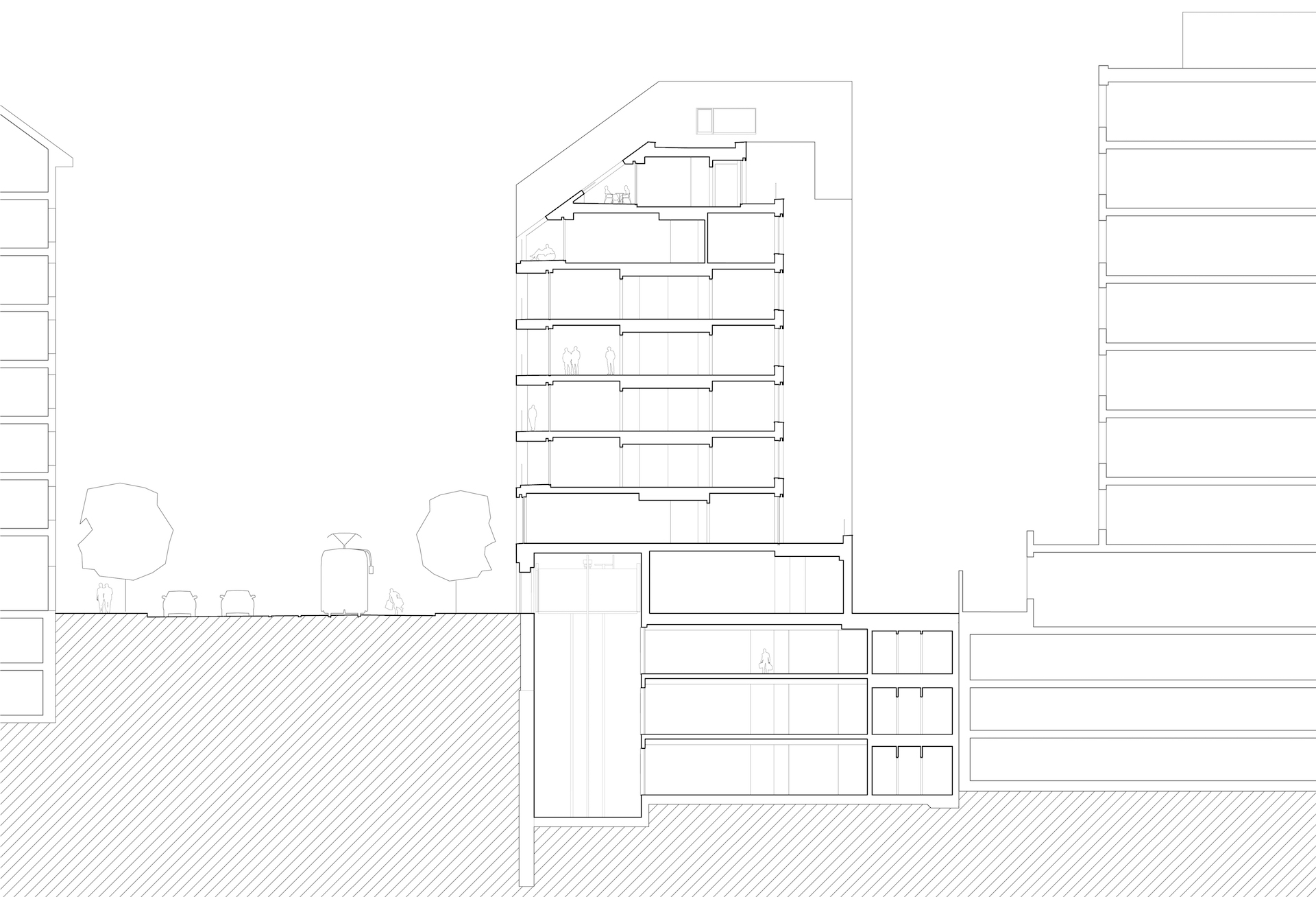 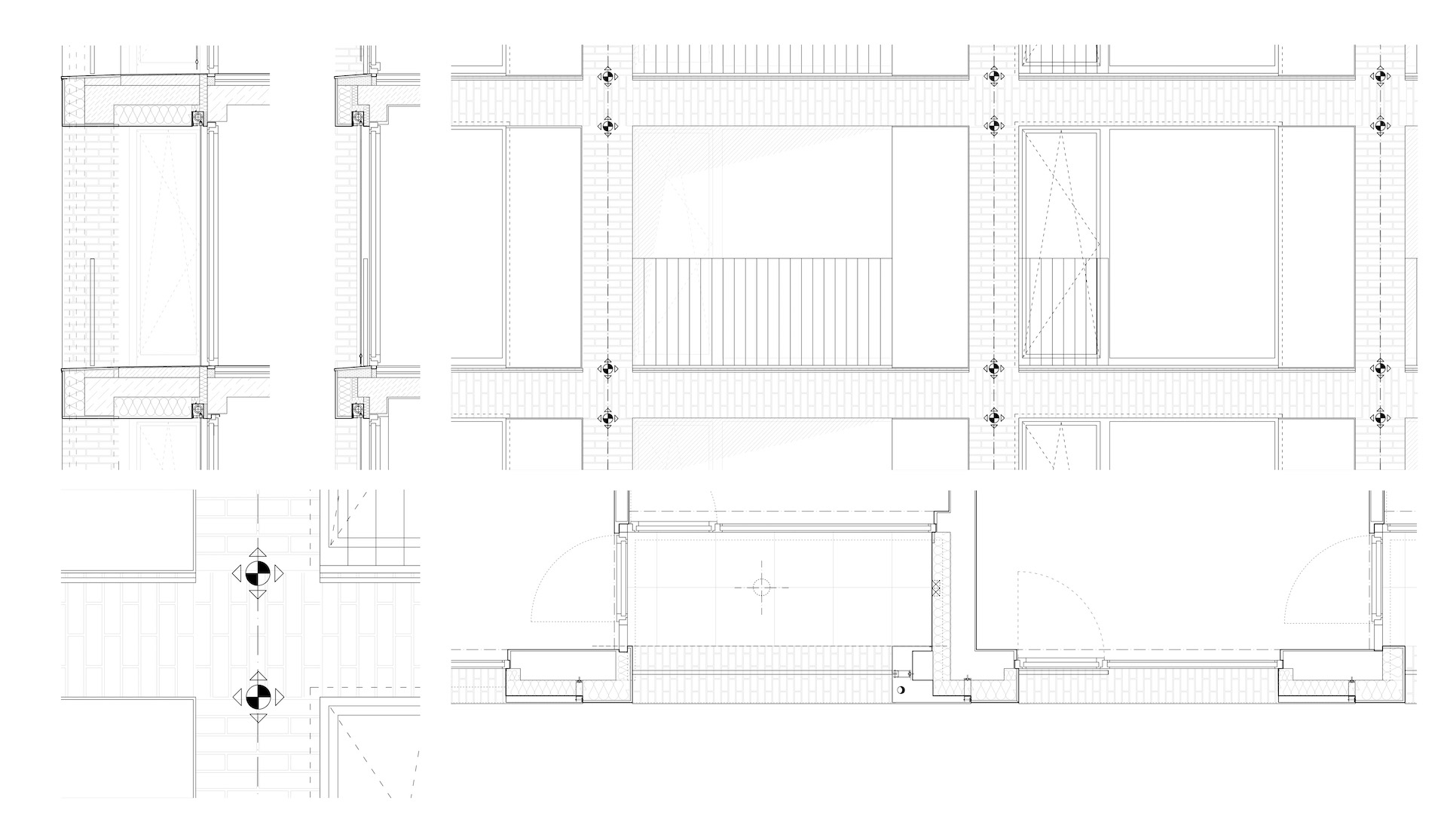 detail of a facade 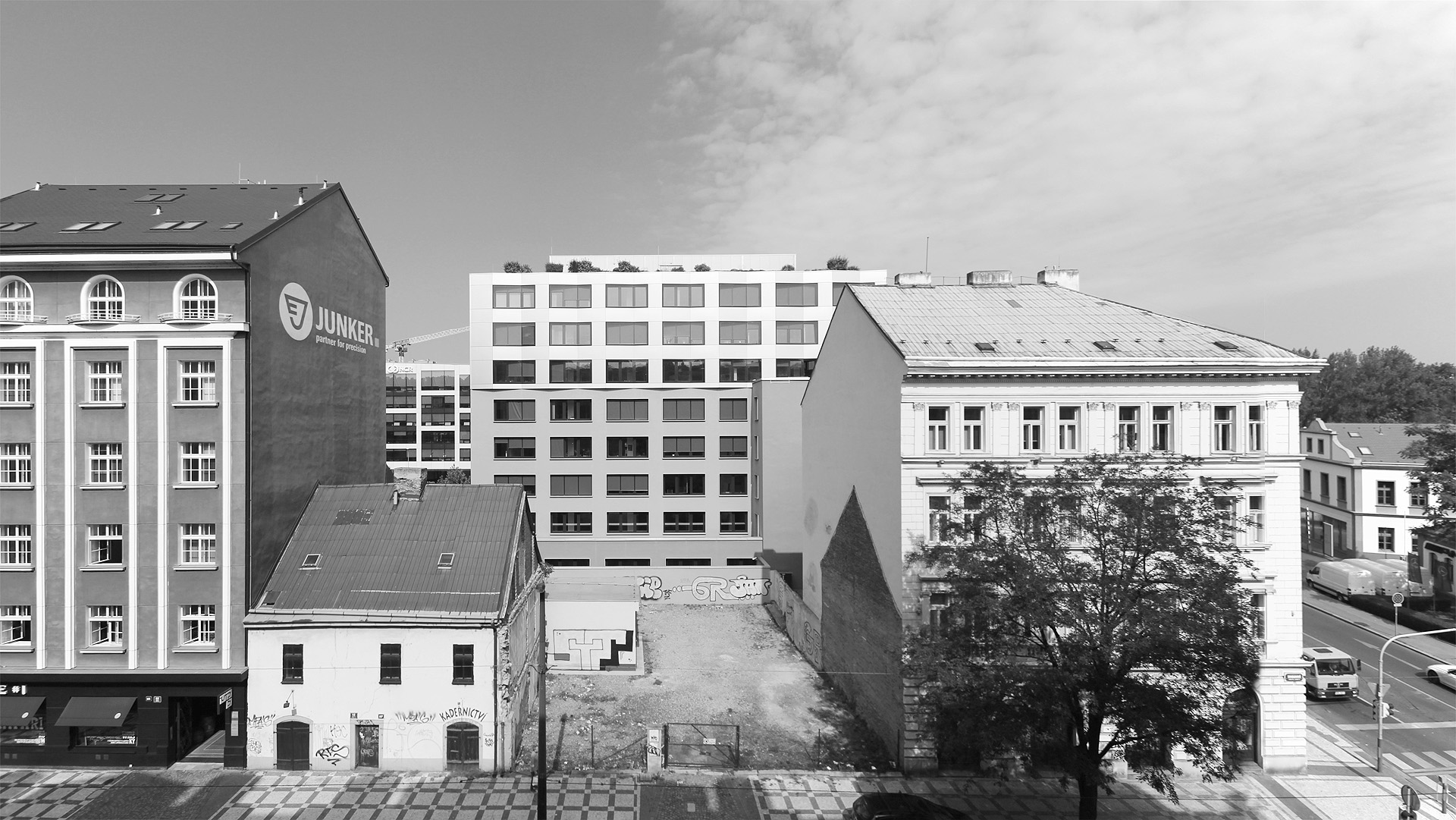