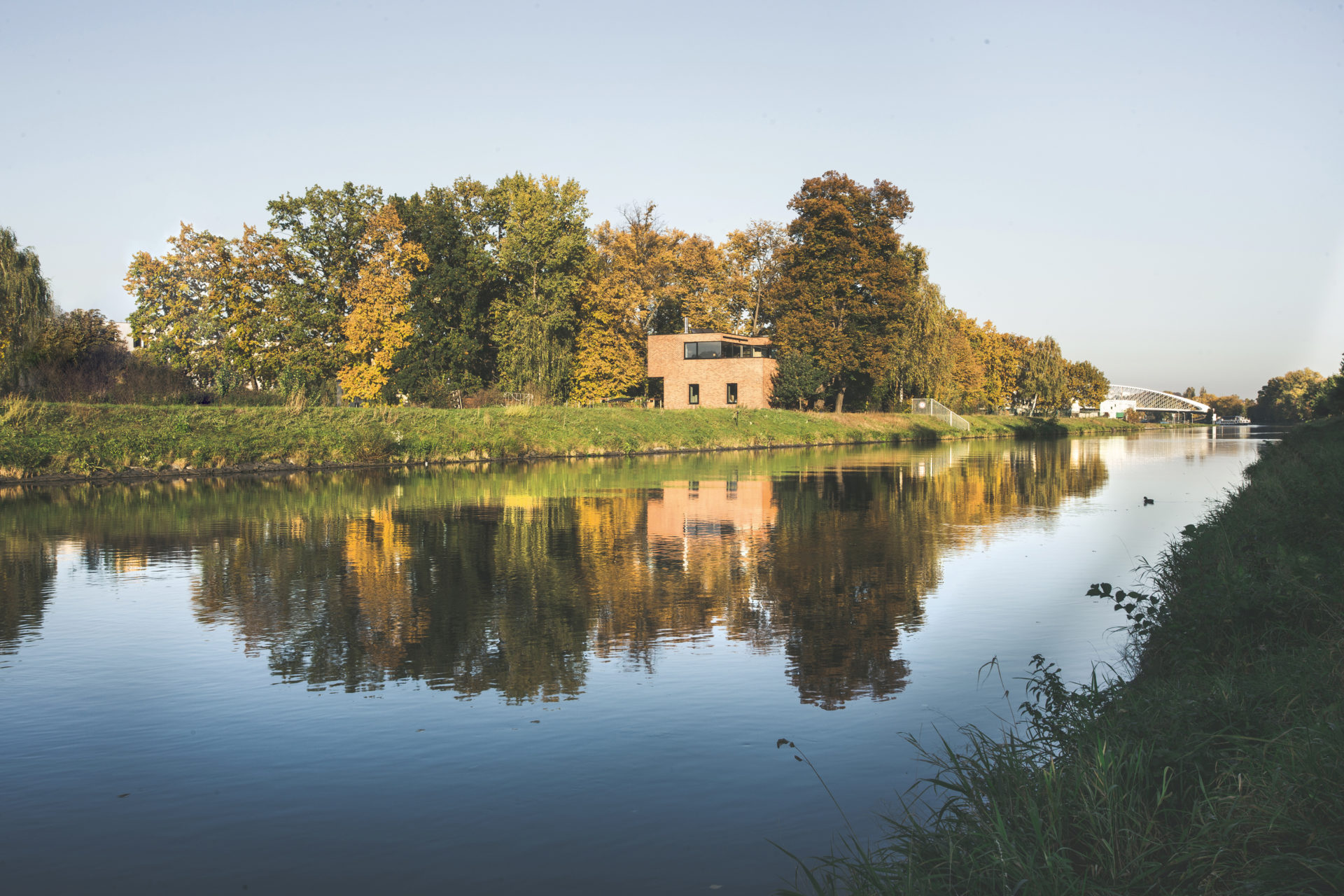 House on the island

realization 2018
The origin of this house comes from the times of Austria-Hungarian Empire, when it served its purpose as a guardhouse. Later on it became abandoned and went without a notice for couple of decades. The ravages of the time left behind only the massive torso, made out of pitch faced bricks called “ zvonivky ”. The building is located in a flood zone, a fact we can deduce even from its name. Both the original and our new design respect this fact and our draft adds a new layer of concrete on top of the already existing wall, protecting all the main rooms above the level of one-hundred-year flood. As a representation of its origin, we choose to unify both storages into one massive artefact by using pitch faced bricks. 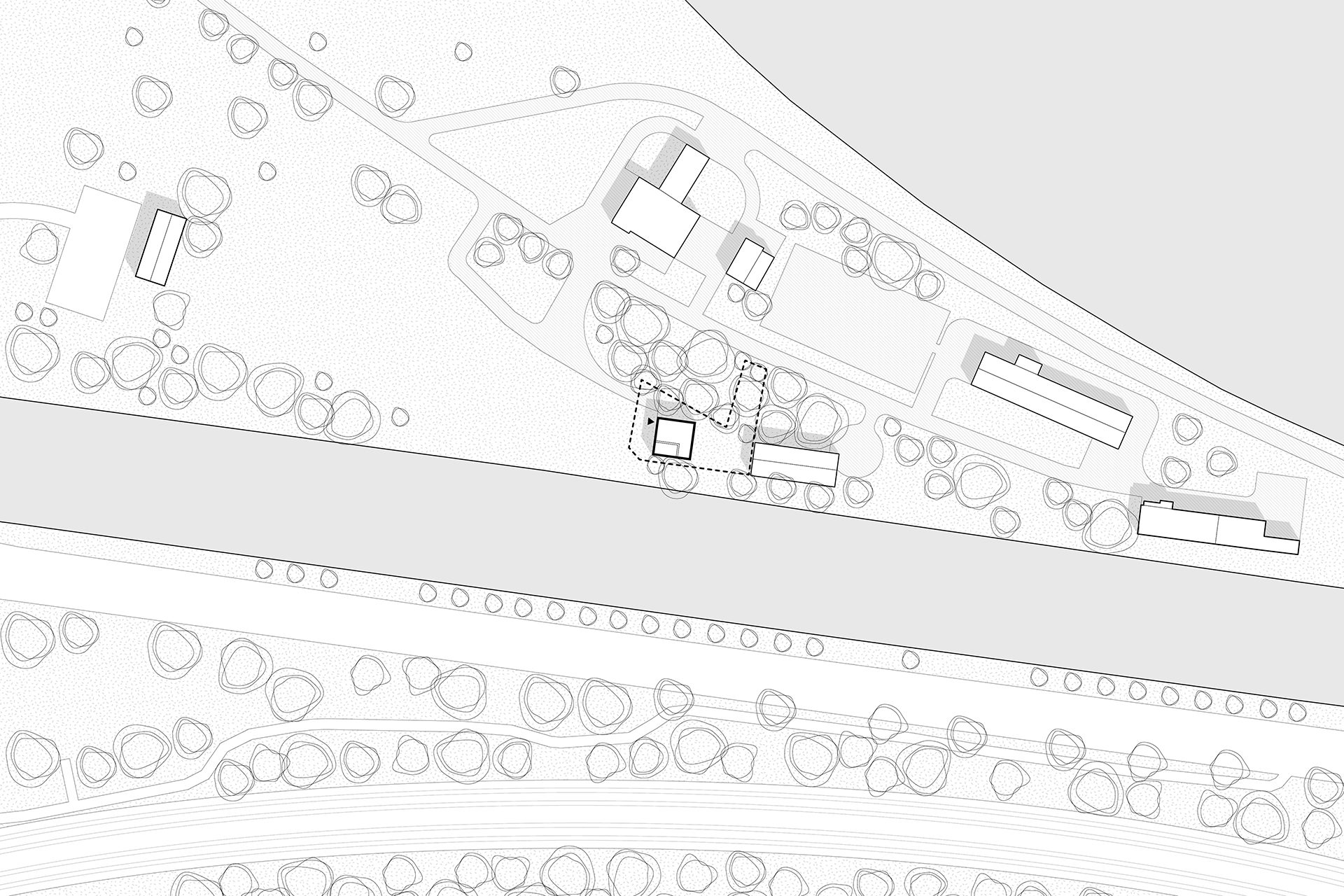 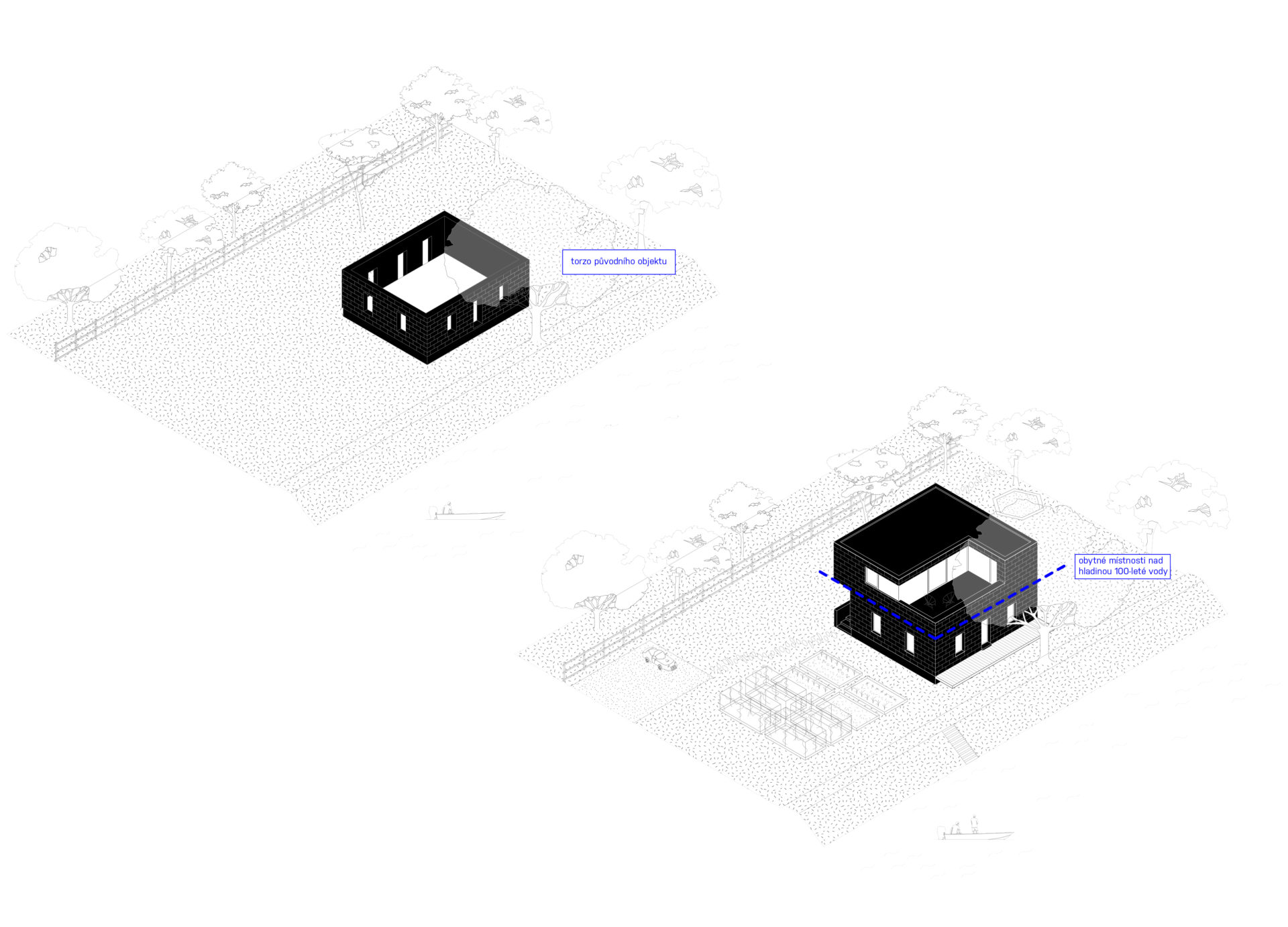 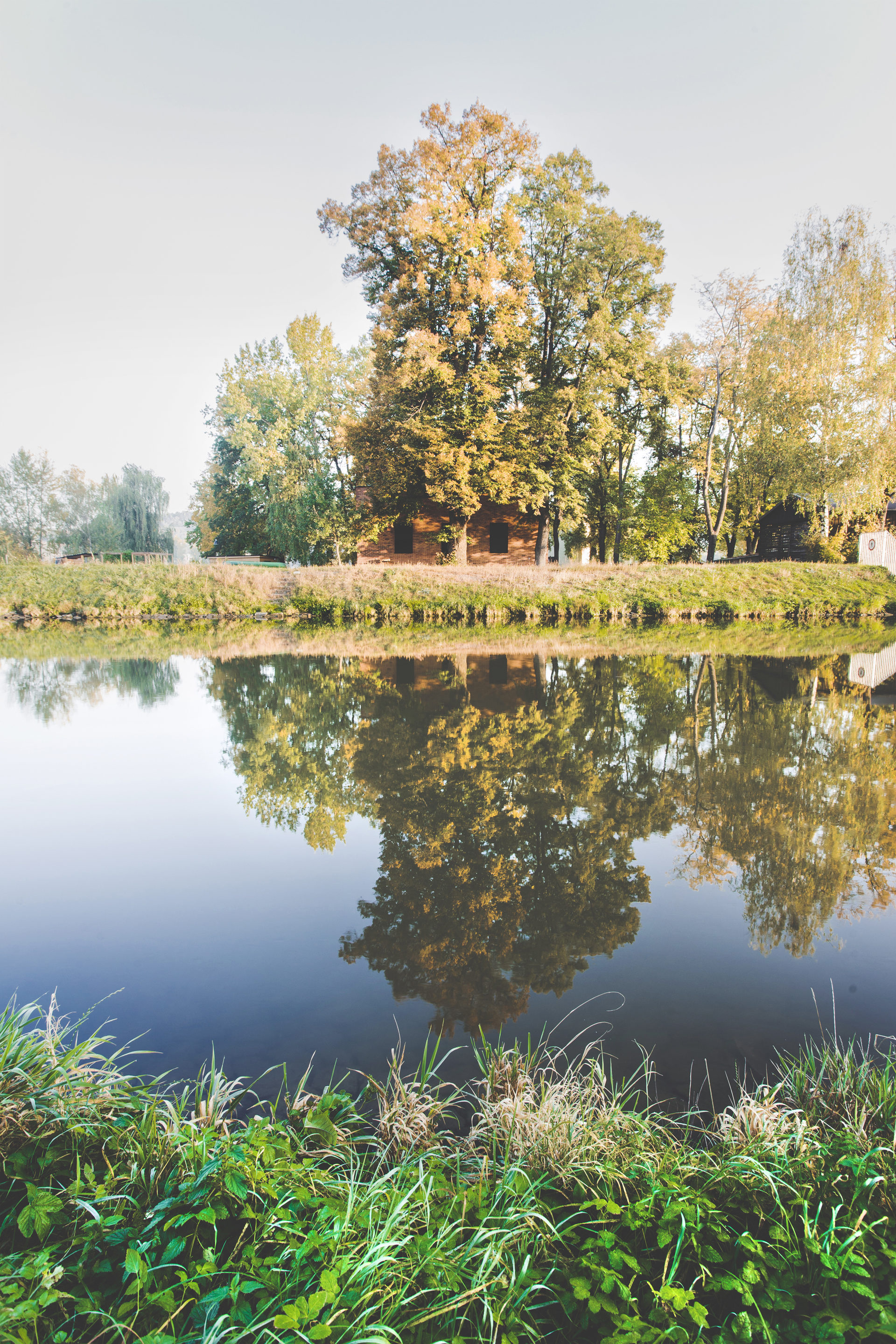 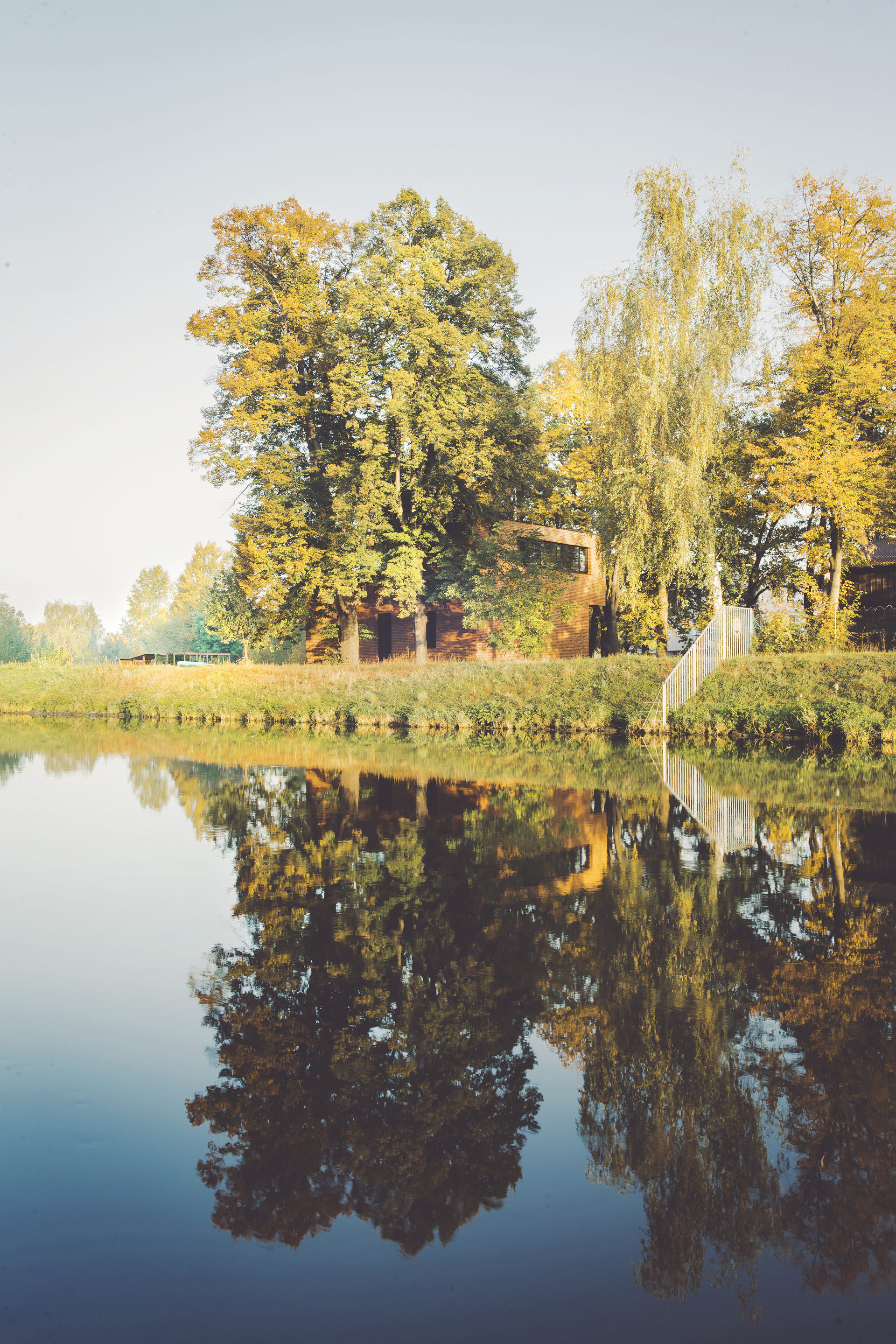 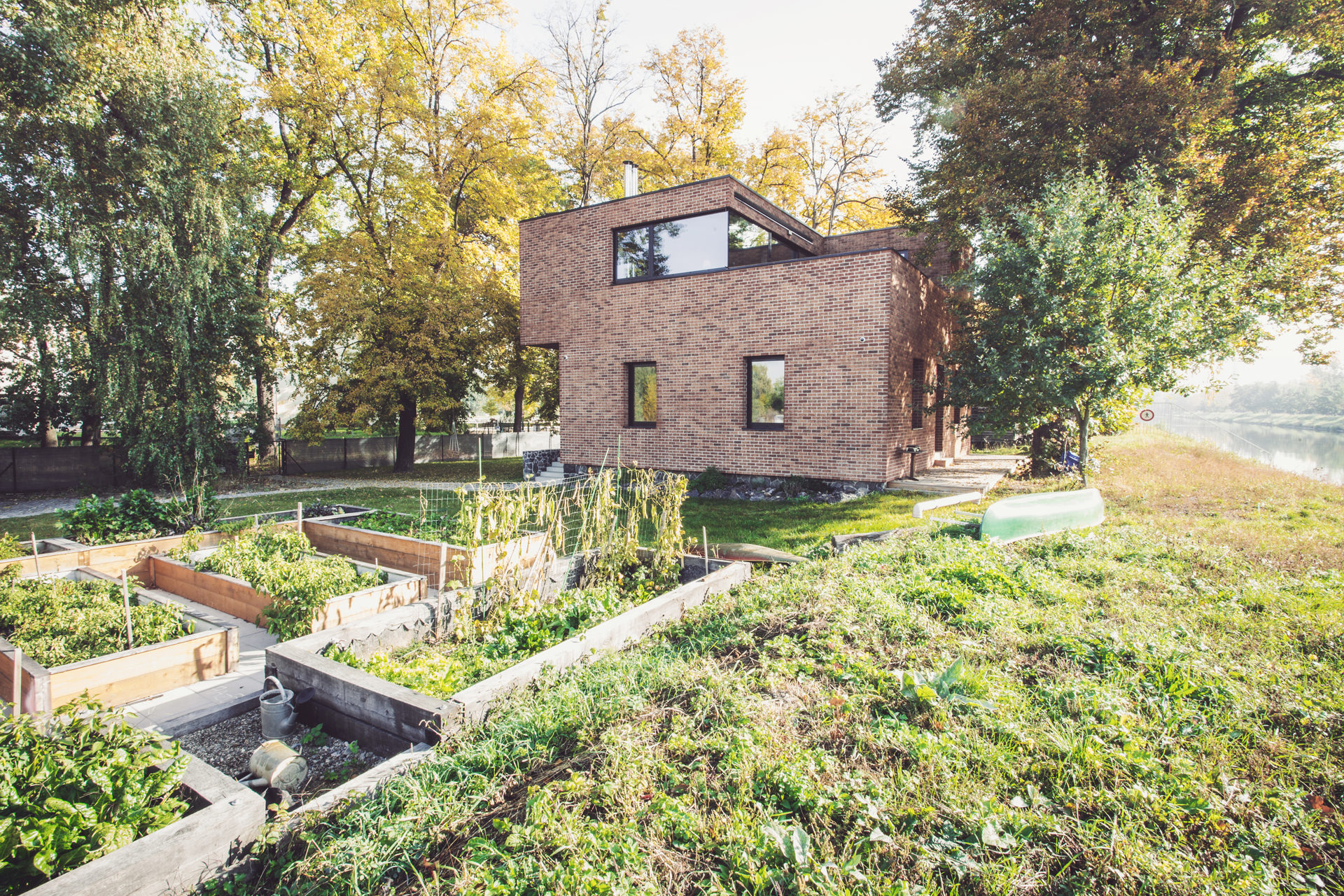 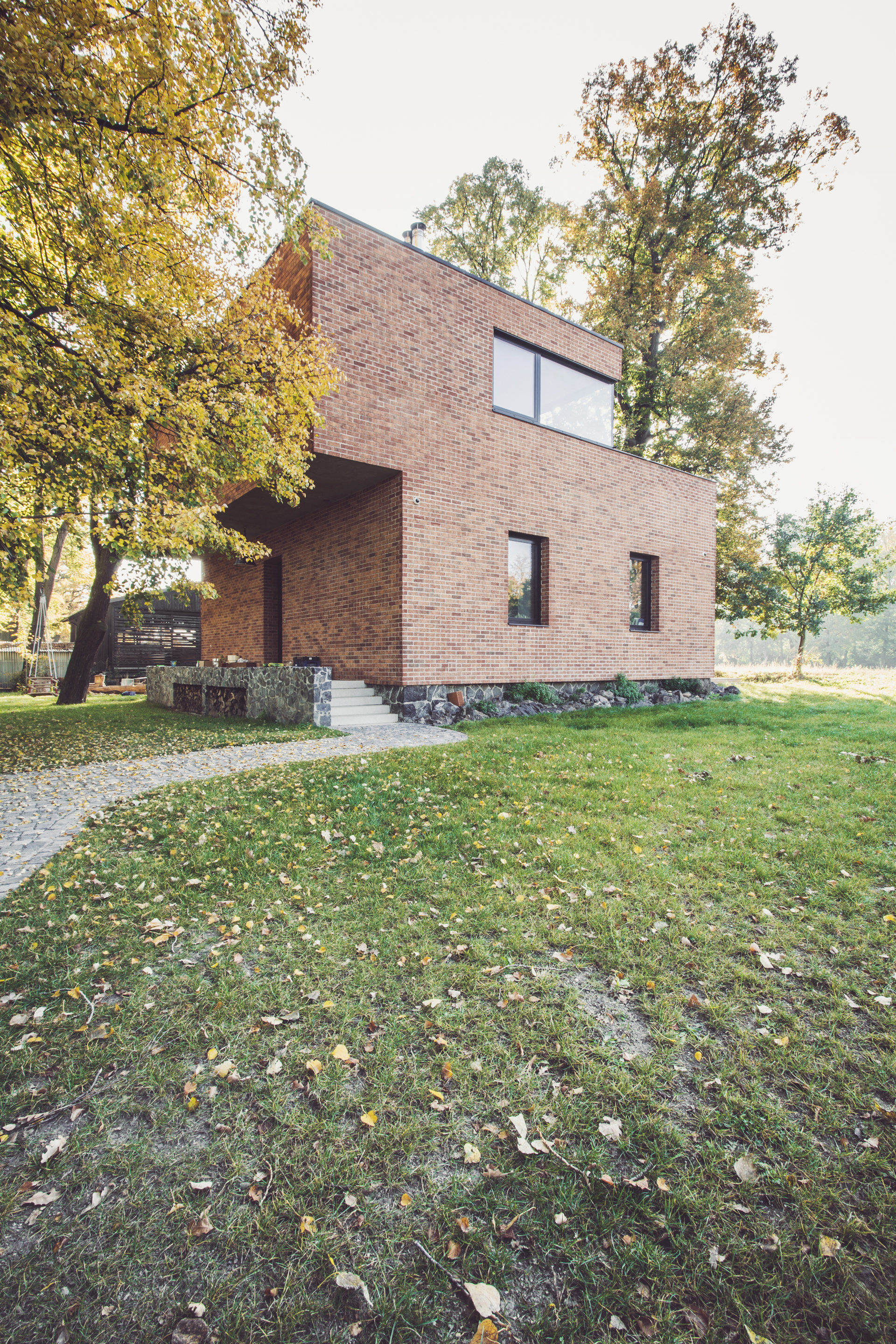 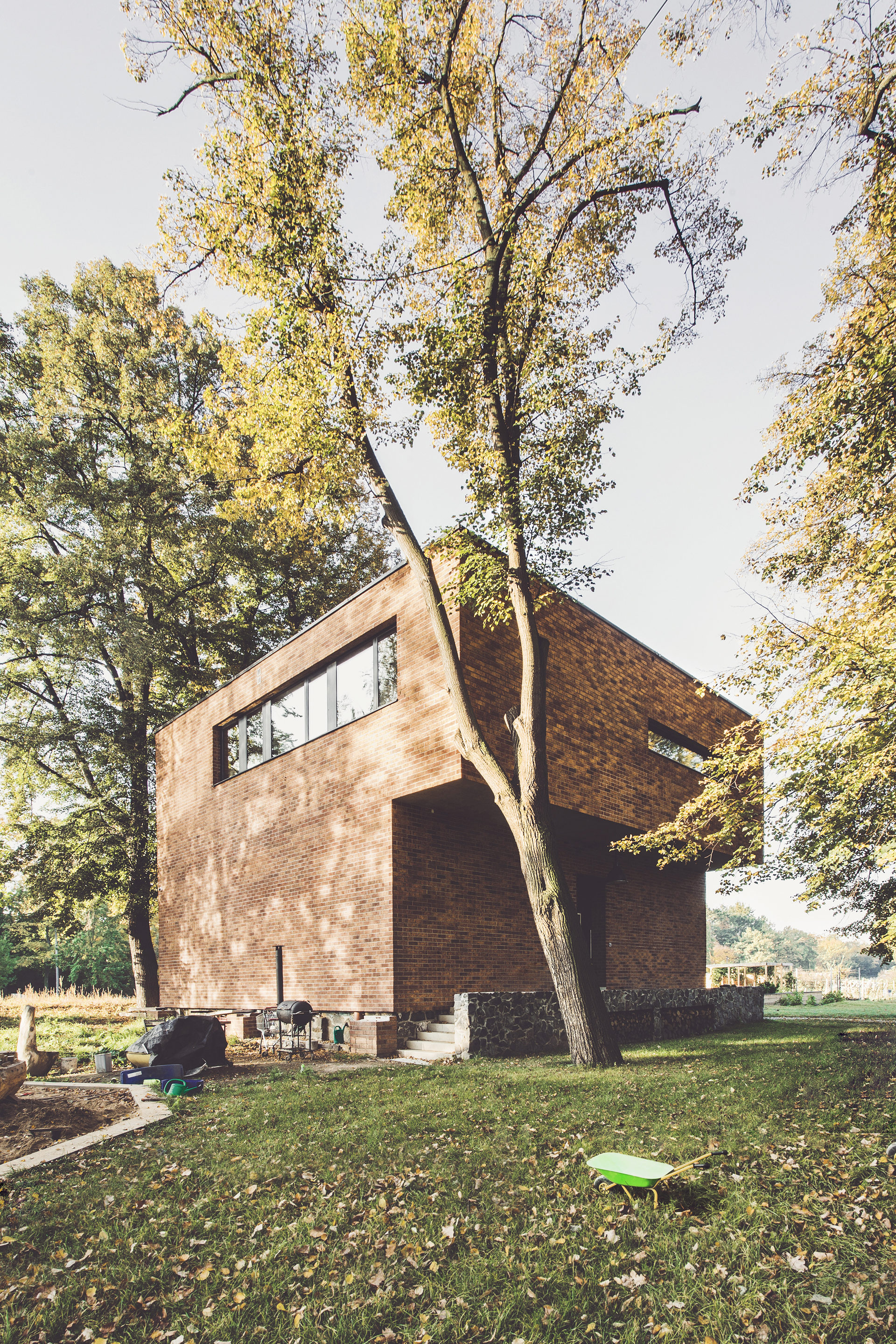 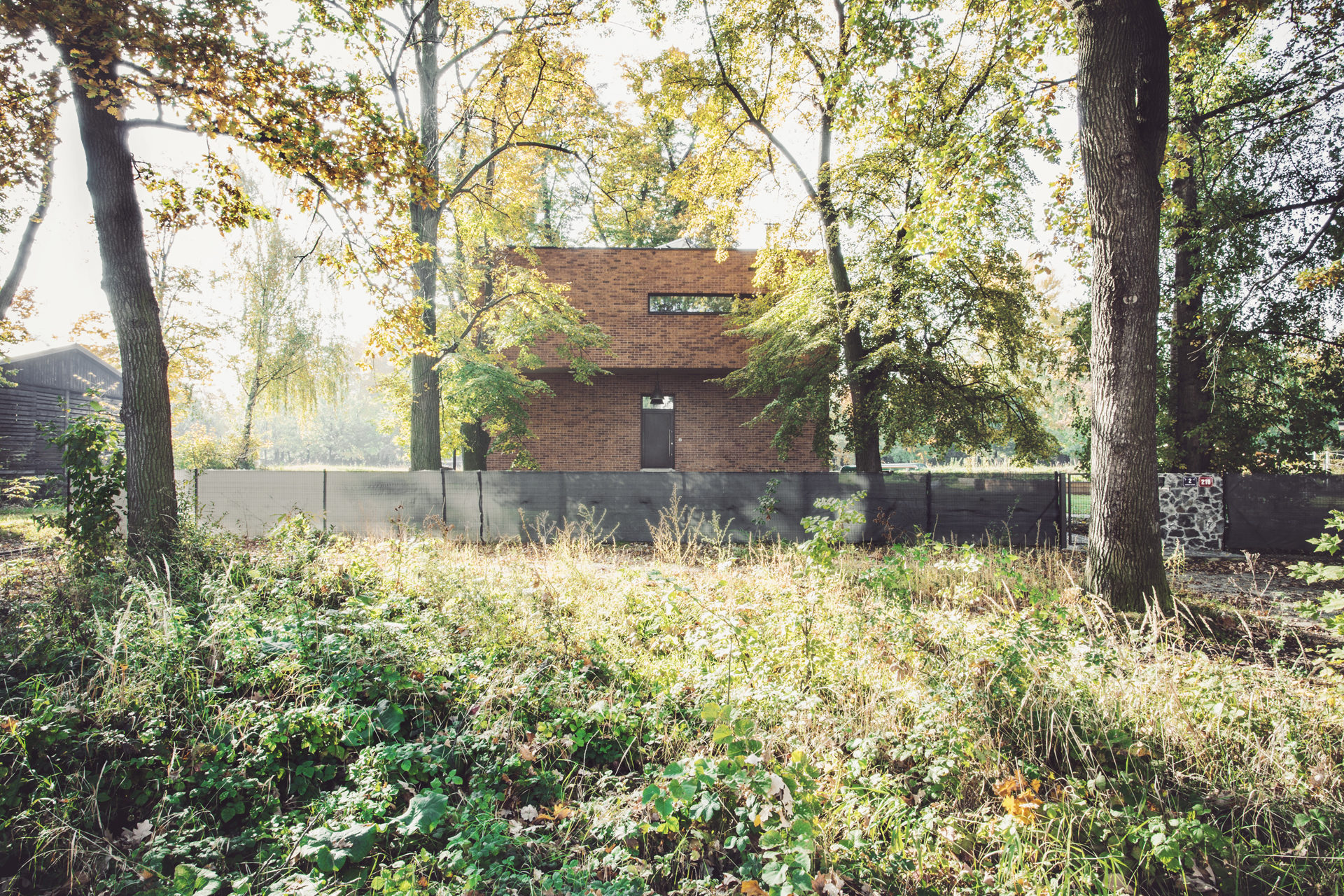 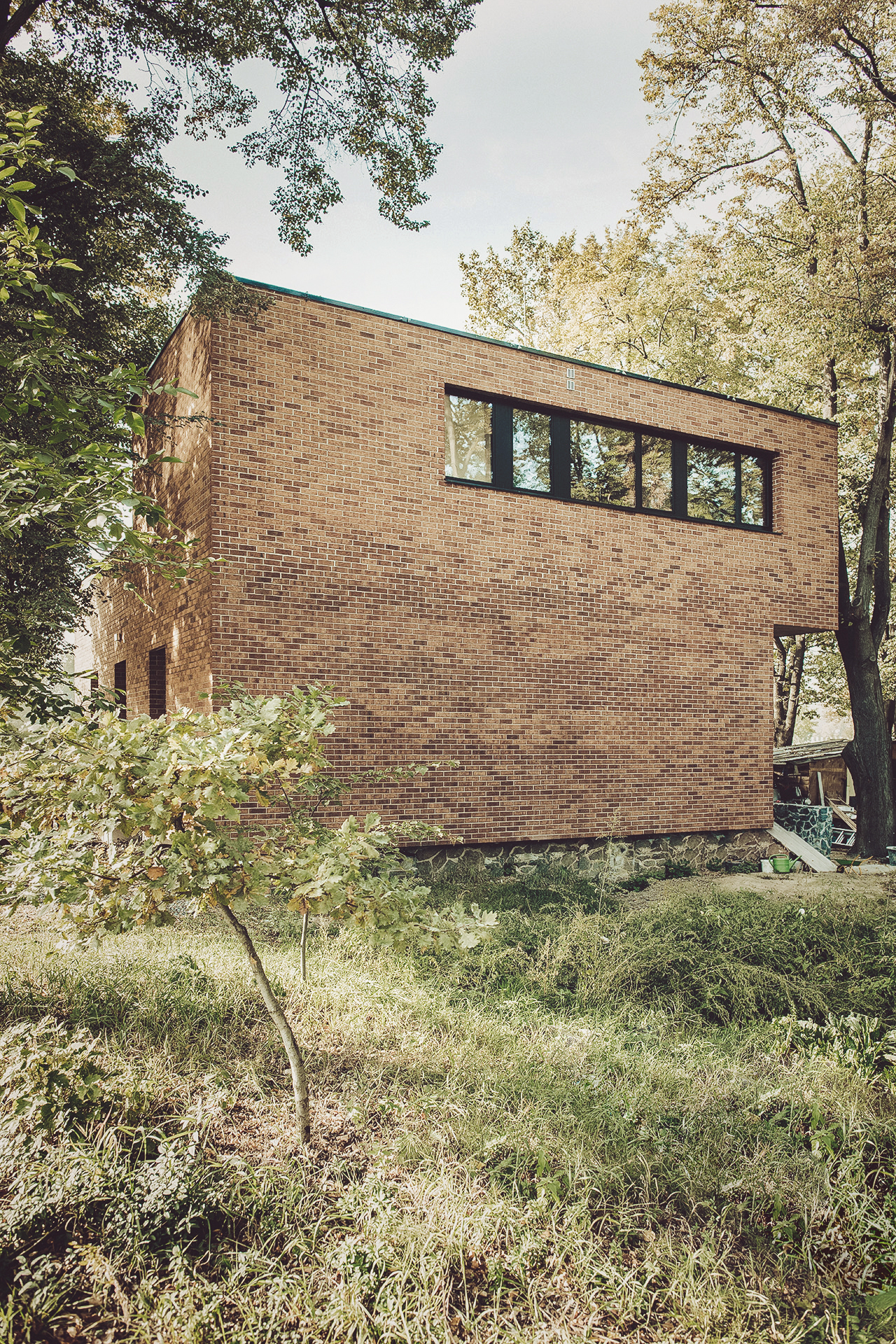 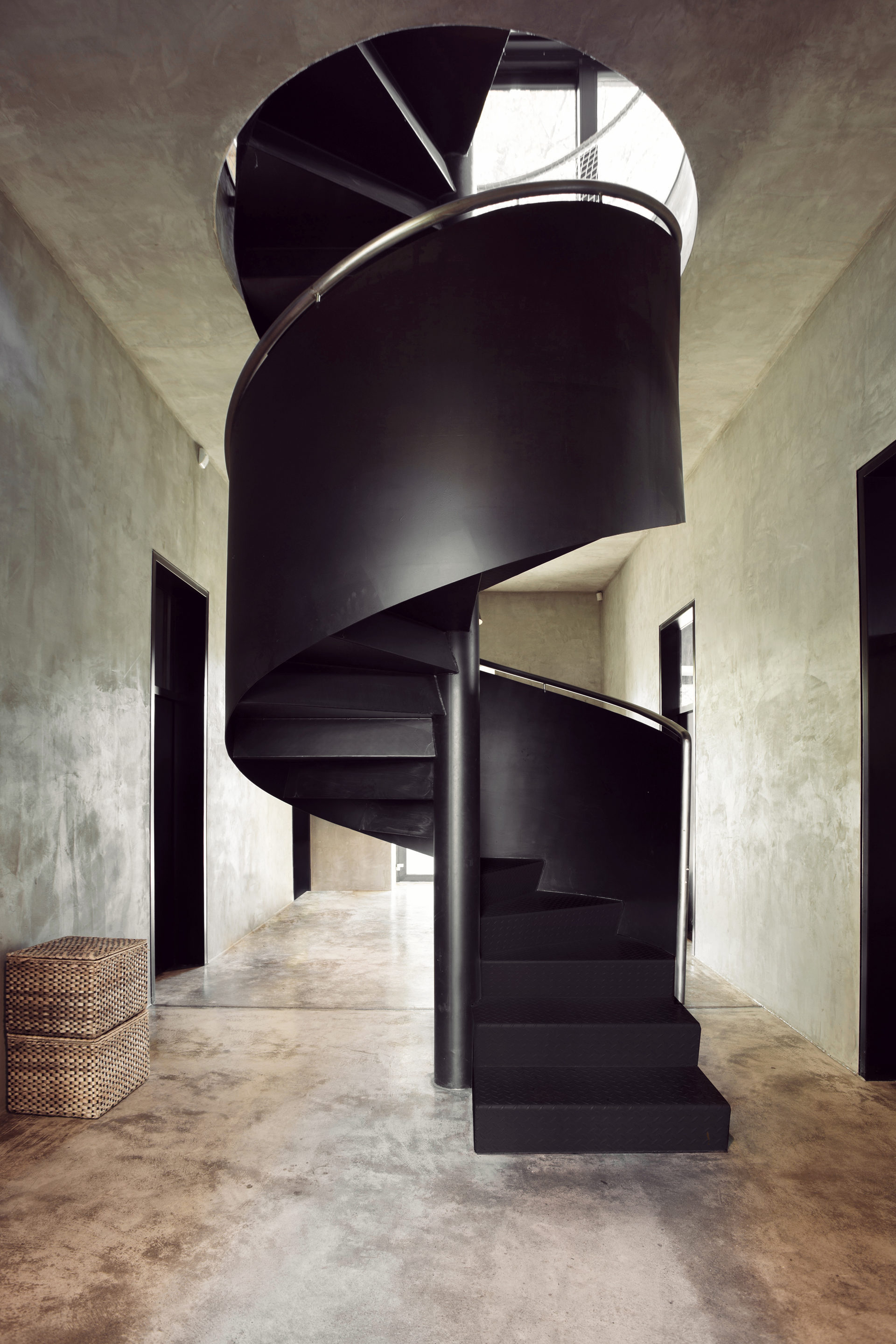 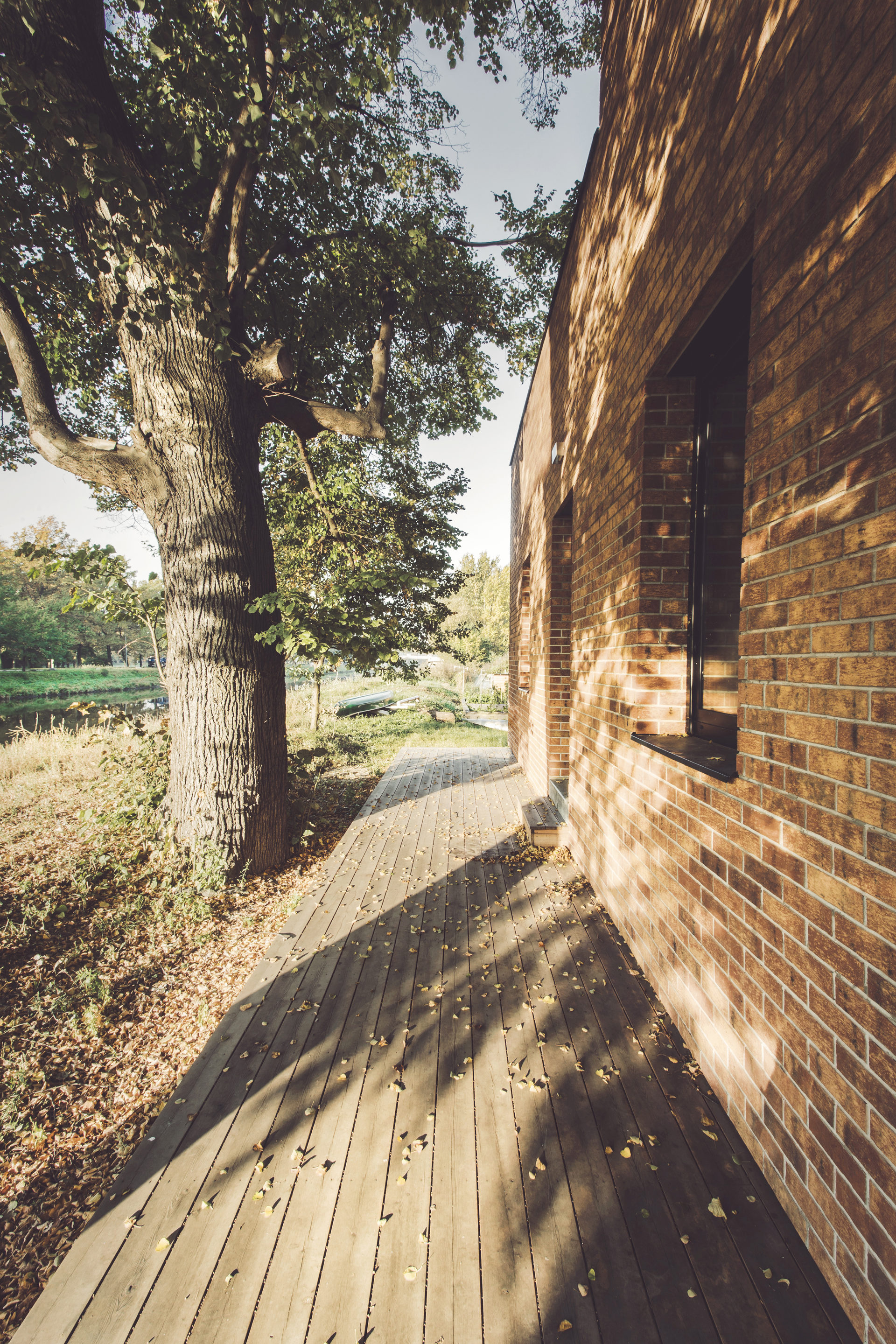 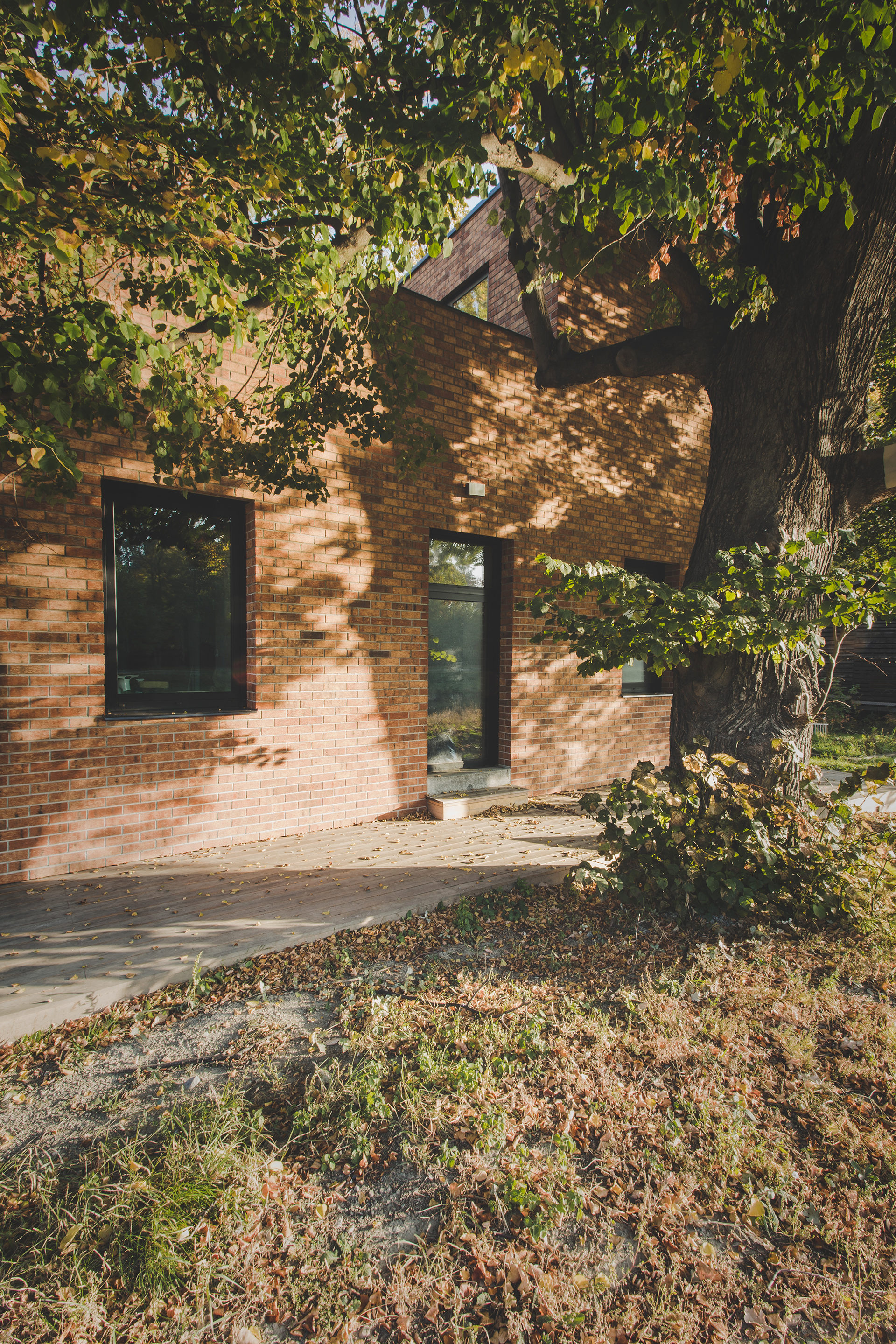 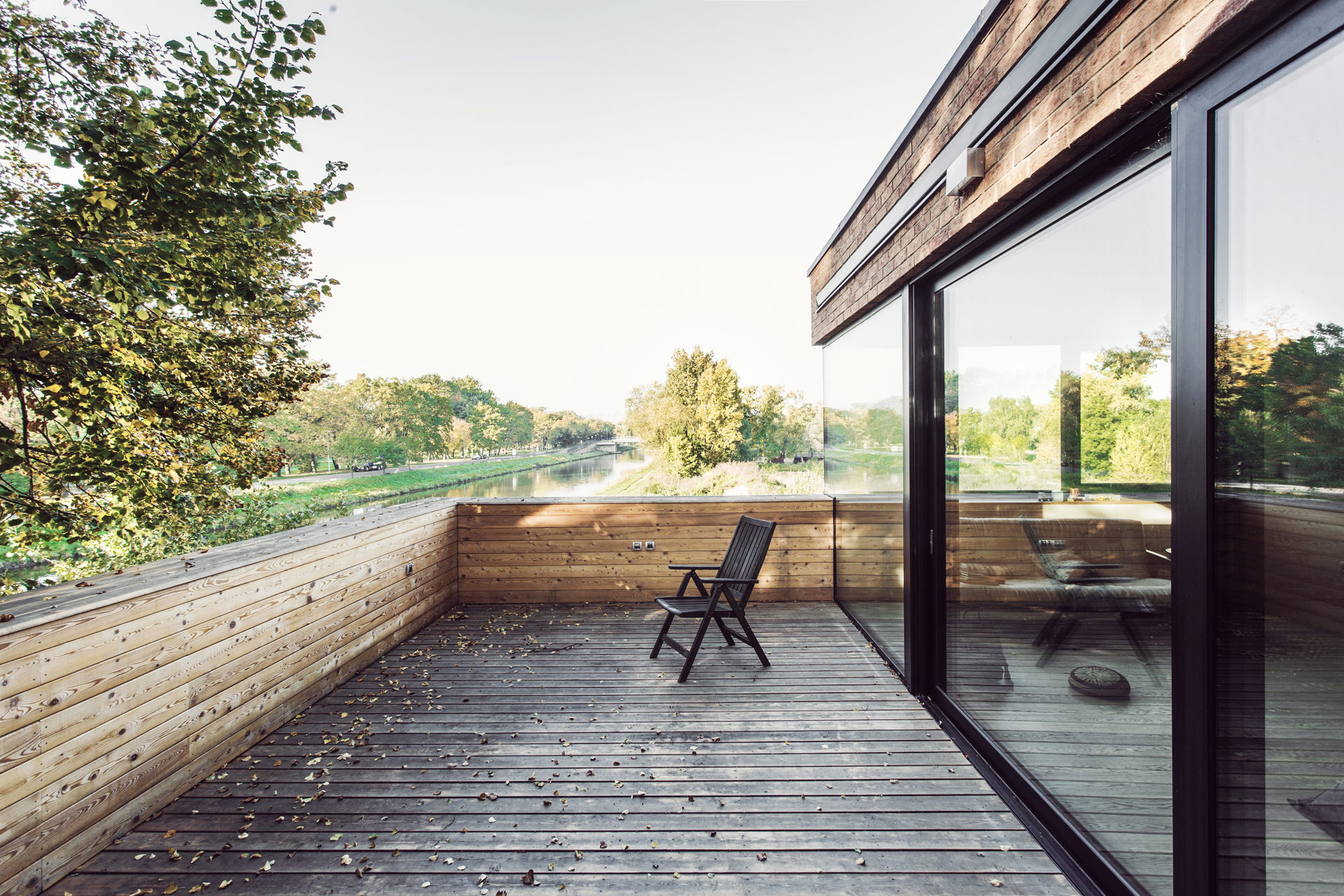 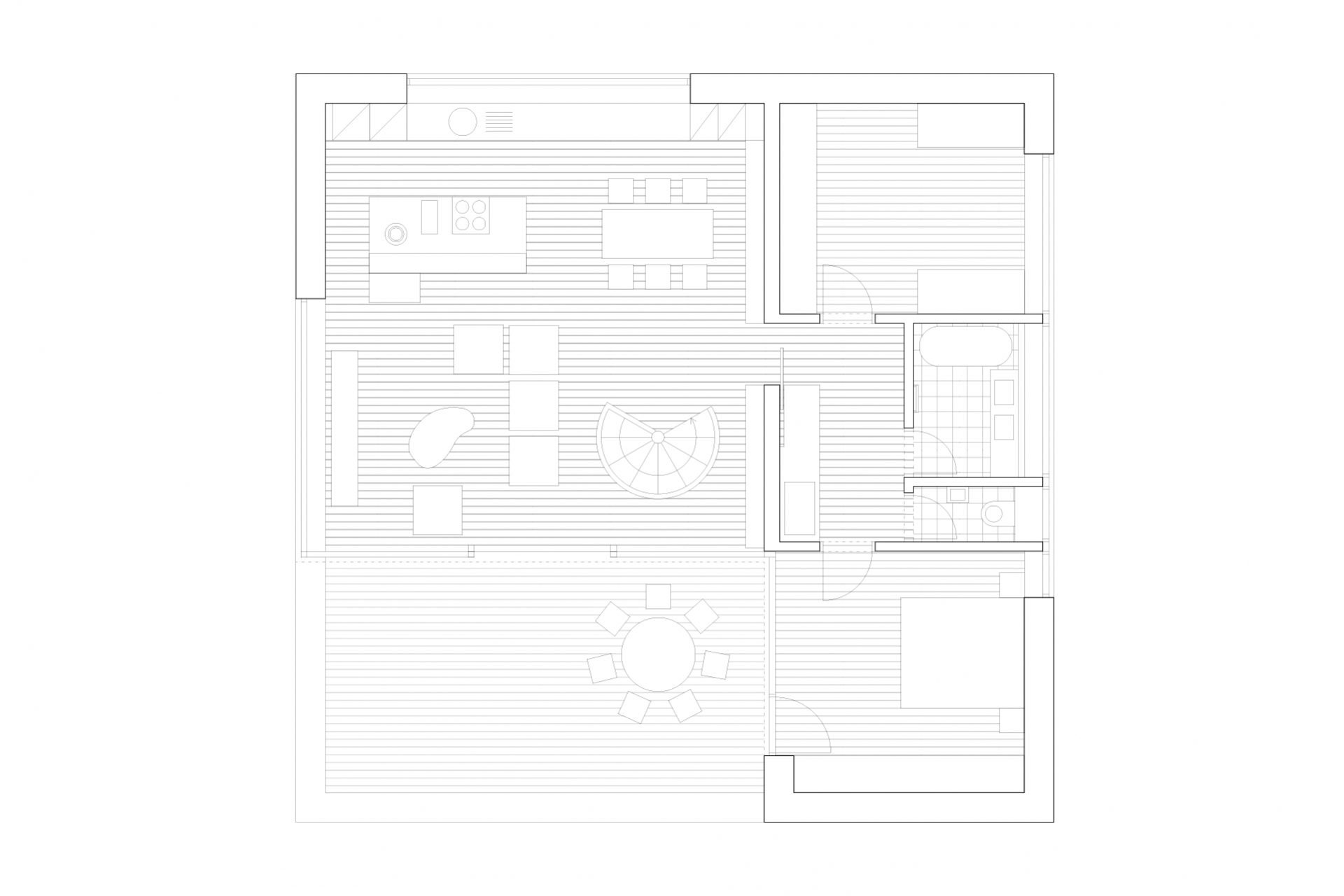 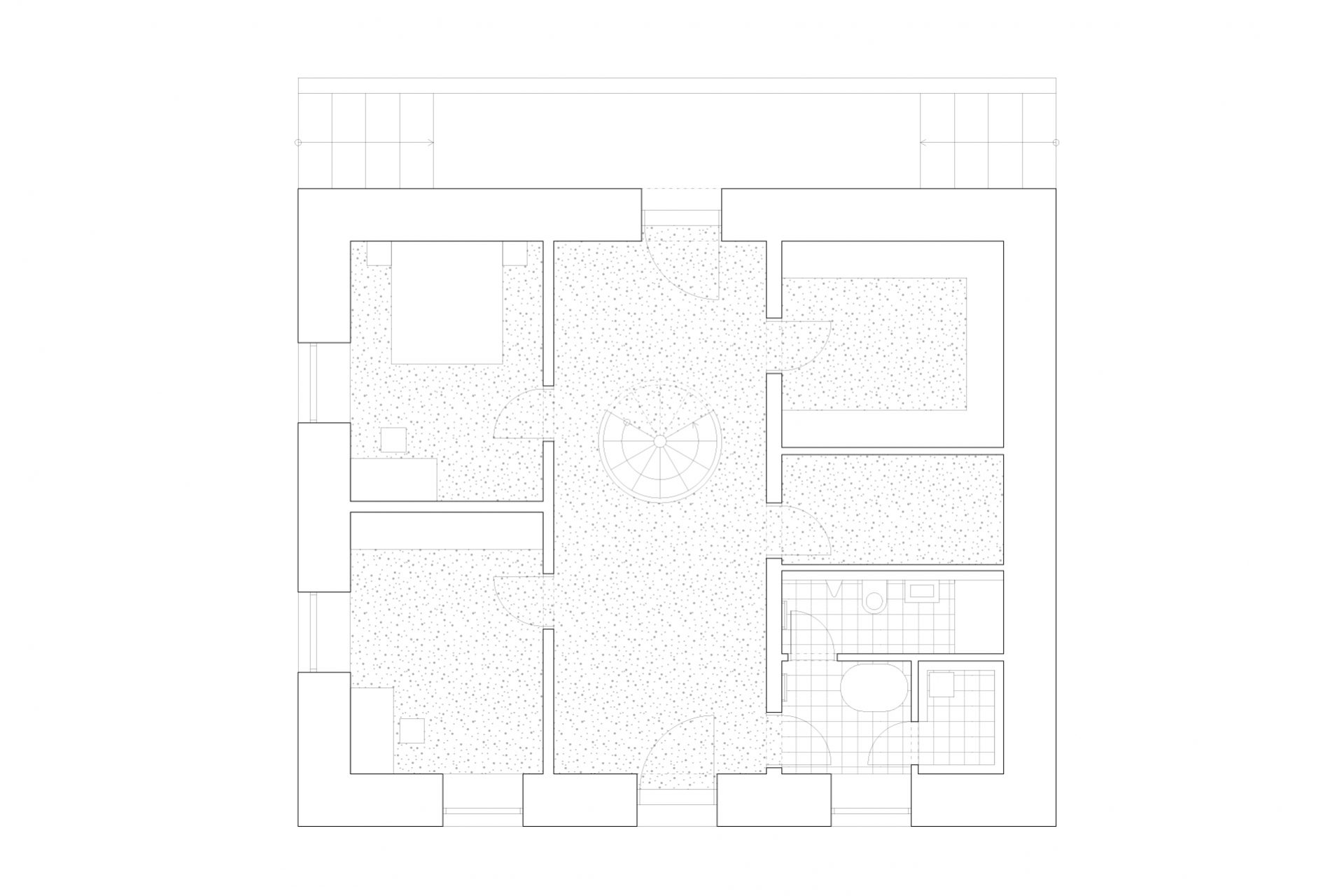 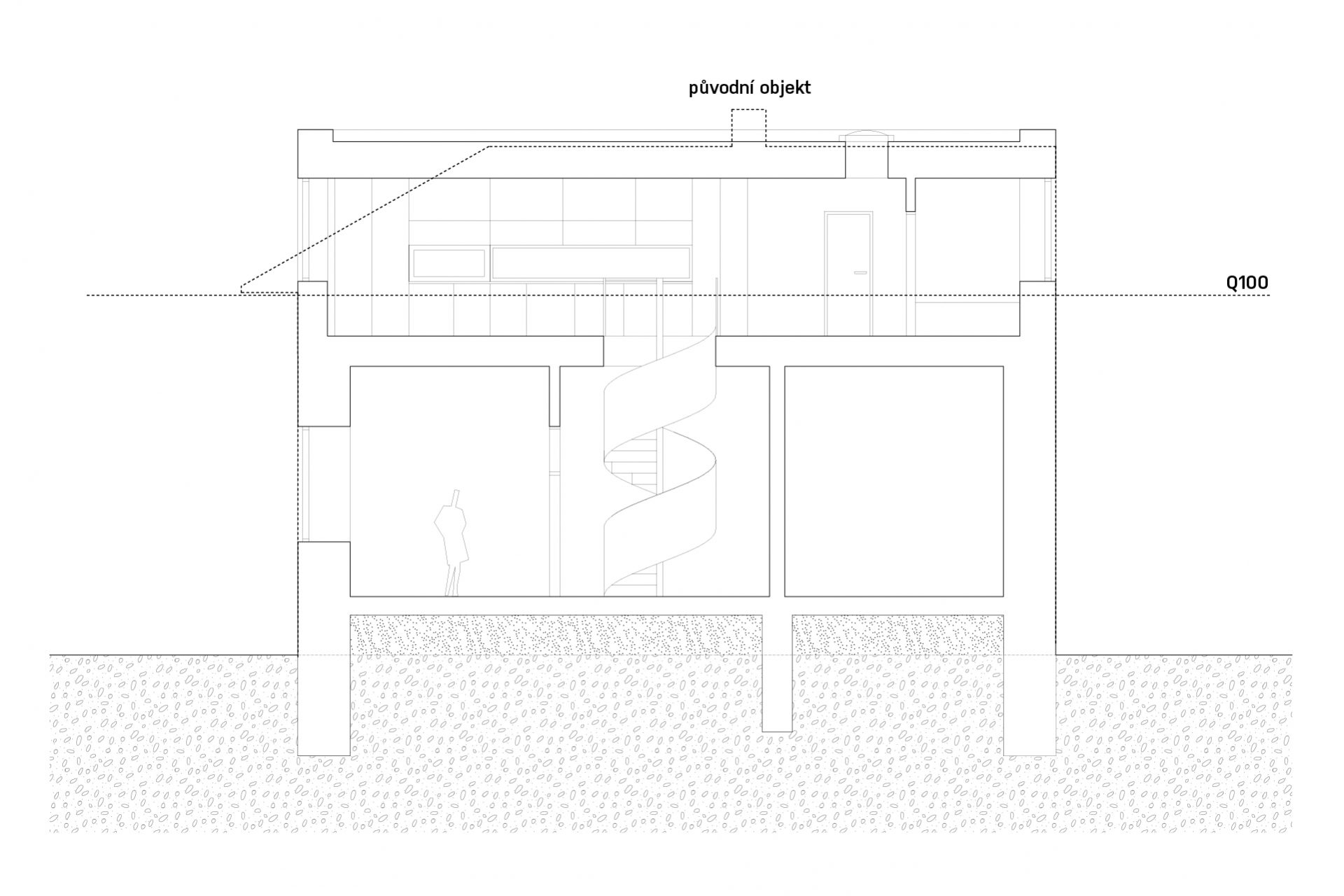 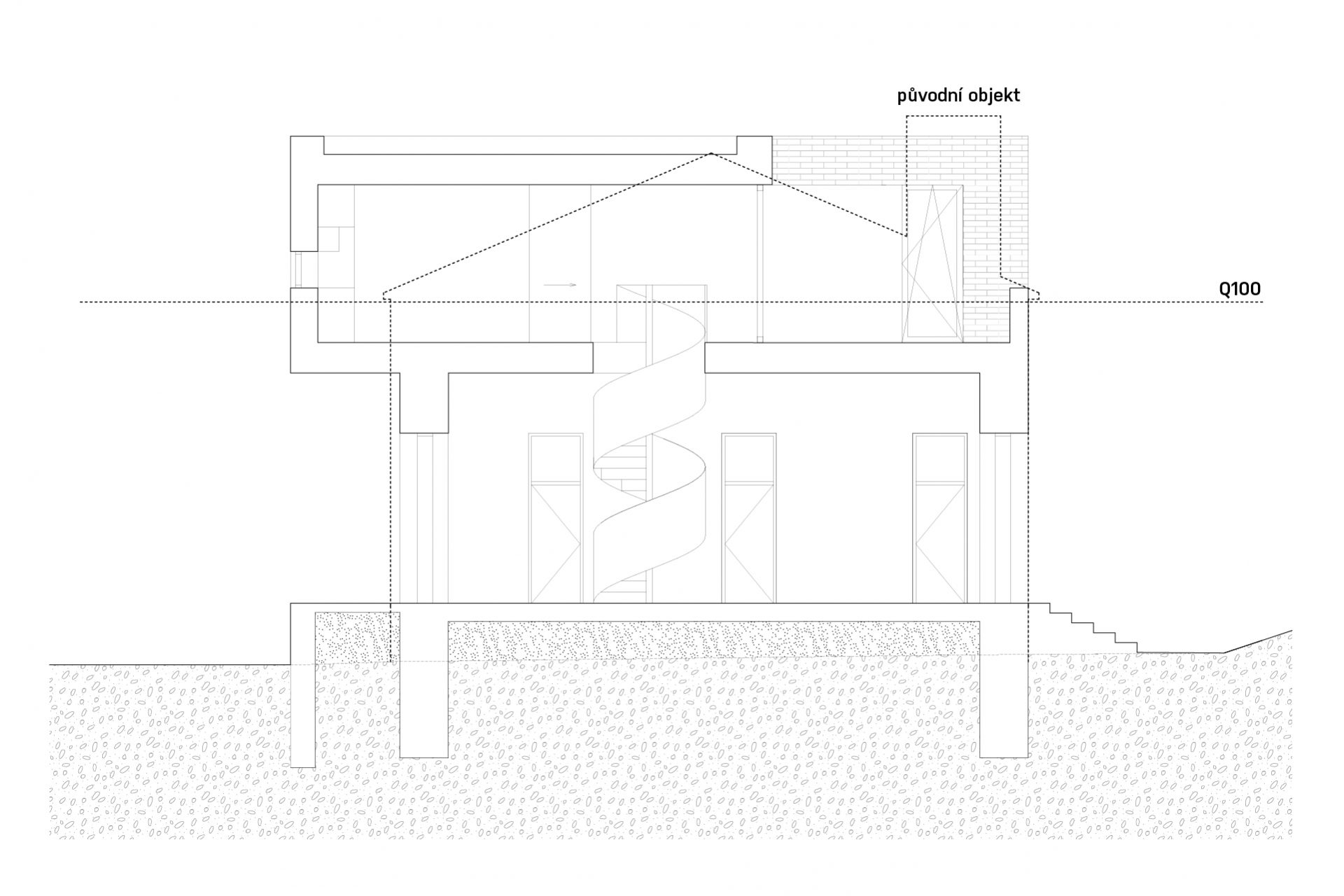 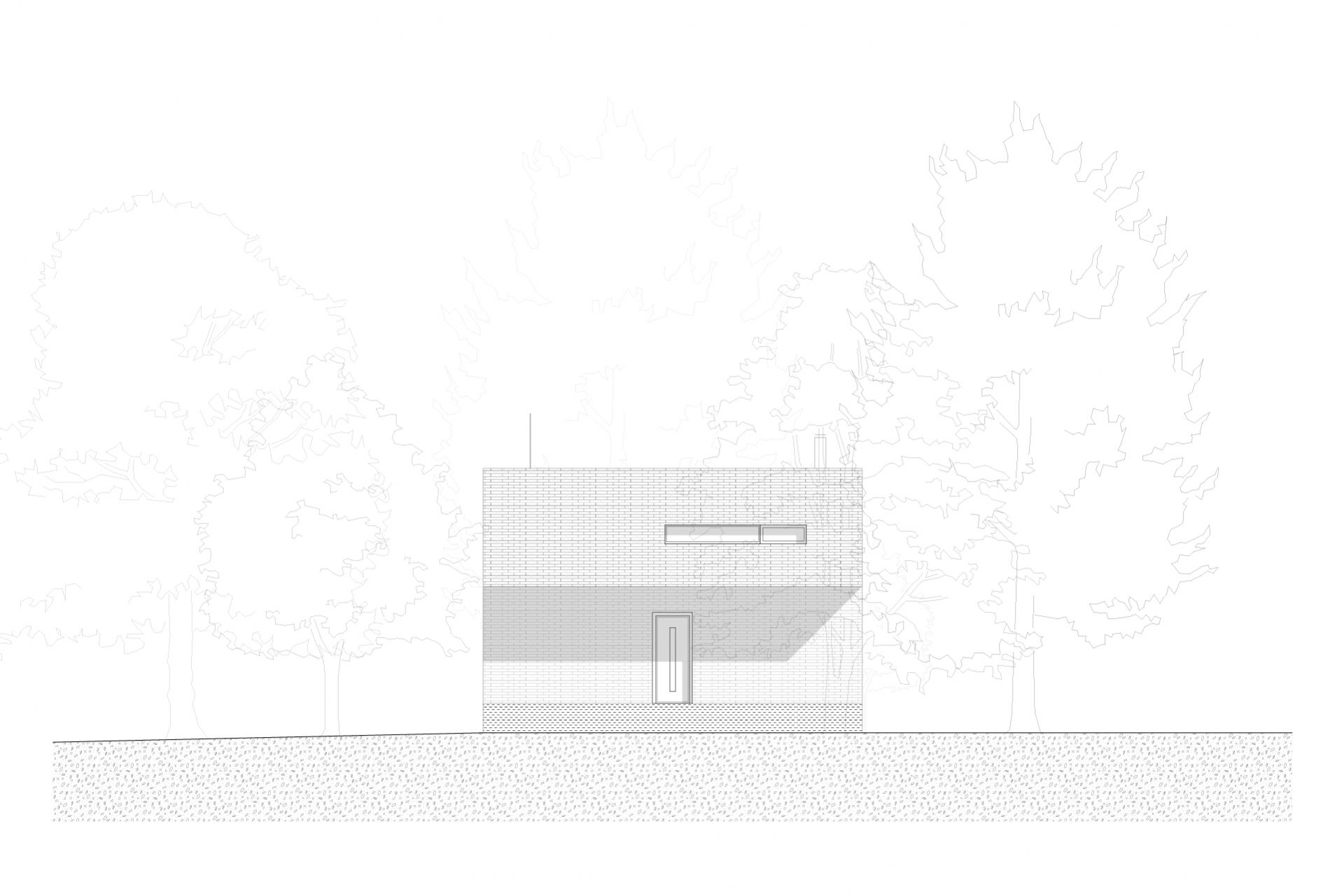 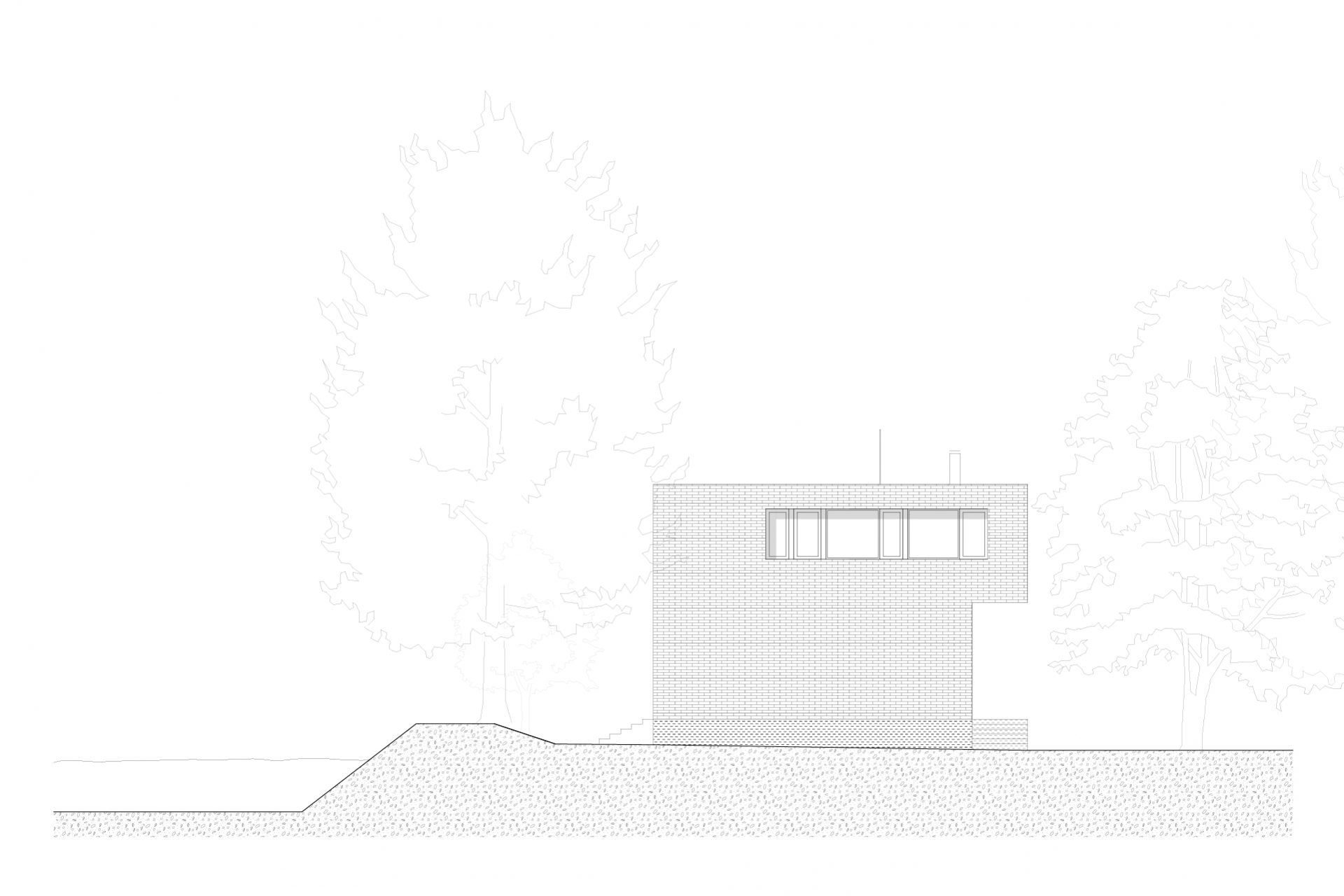 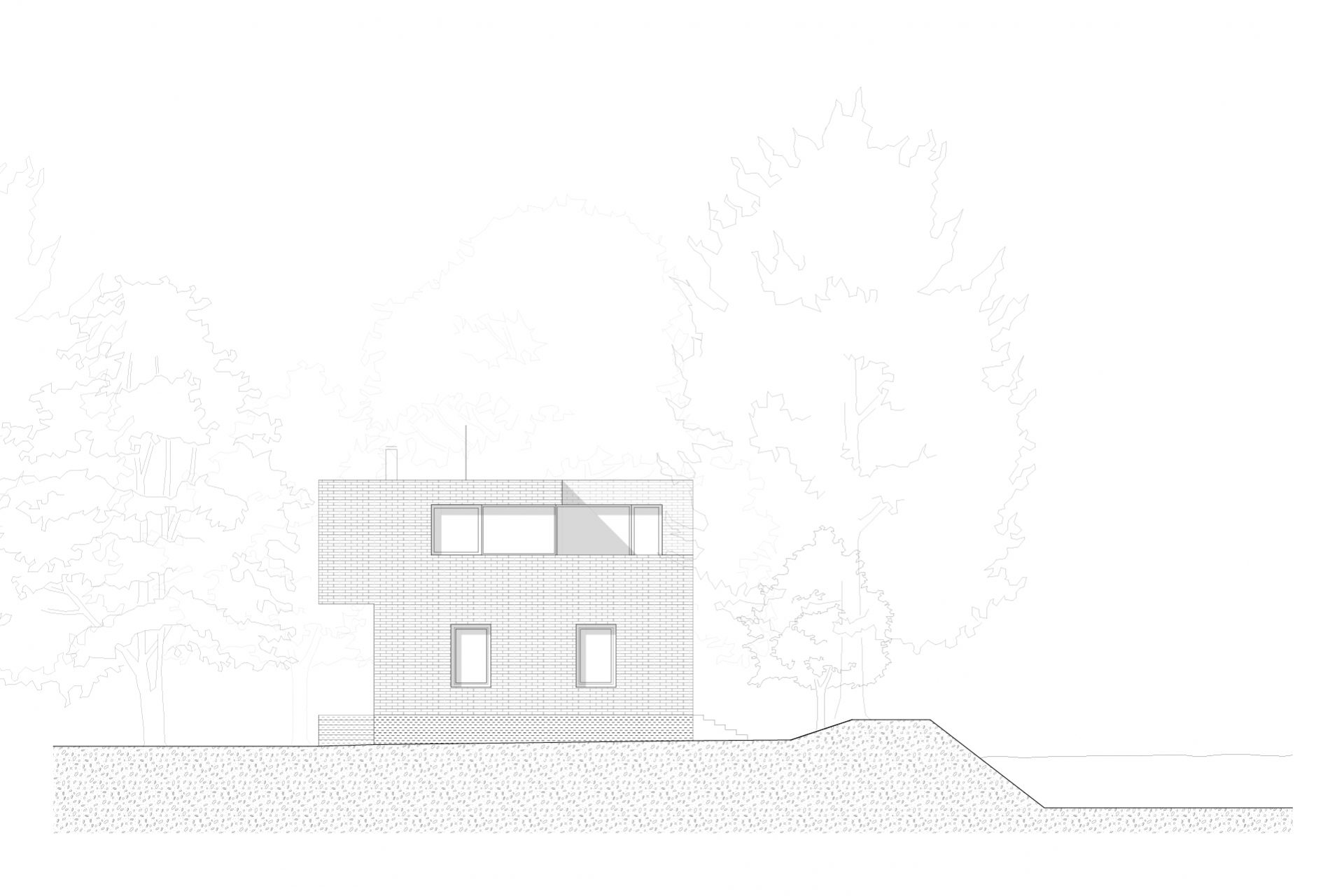 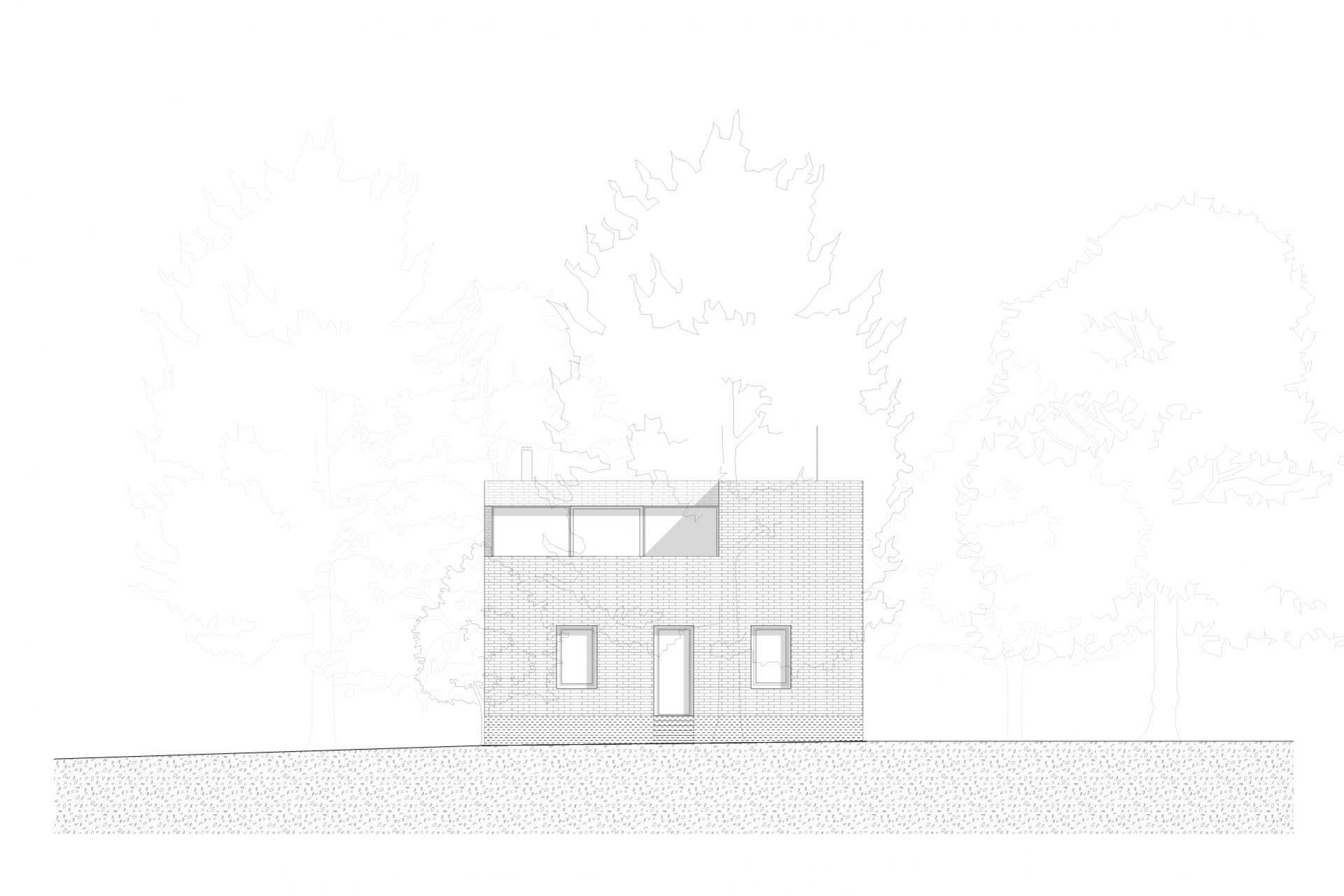