realization 2013
The story of sports complex Blanice is designated to a few dozen people, thanks to who the citizens of Vodňany have a multipurpose building with a unique architectural design. It was built with a big enthusiasm and energy and the fact, that it is a public building, simply underlines it. But now let’s take it step by step. In 1982 a one-storage house with utility rooms was built as a part of “Voluntary action Z”, later on in 1988 one more storey was added for accommodation. For 30 years the building served its purpose…. But the ravages of time took its toll. In 2010 it regained new attention, when it became obvious just how much it had fallen into ruin. Slowly a debate was initiated- at first about fixing the major issues, then about reconstruction and finally about rebuilding it. The events started to speed up. The realization of public architectural tender just falls right into the mosaic of following series of surprising and cardinal ideas, unexpected twists and happy circumstances, which accompanied the project up to its end. The tender started in the January of 2013 and in May of the following year an unbelievable constructional bustle began and after only 5 months the project was finished. Needed to say, that throughout the whole time everyone on the construction site worked together as one. The preparation of documents and layout lasted 2 years, but the time since the tender to gaining an occupancy permit took us only 20 months. The fact, that this is the shortest time for a project to be done in the Czech Republic, which began with a tender, is just one of many of its curiosities. Another one is the integration of child’s drawing into the cladding and wallpapers. The enthusiasm of builders reflects in the purpose of the building, which is spending free time joyfully and happily. 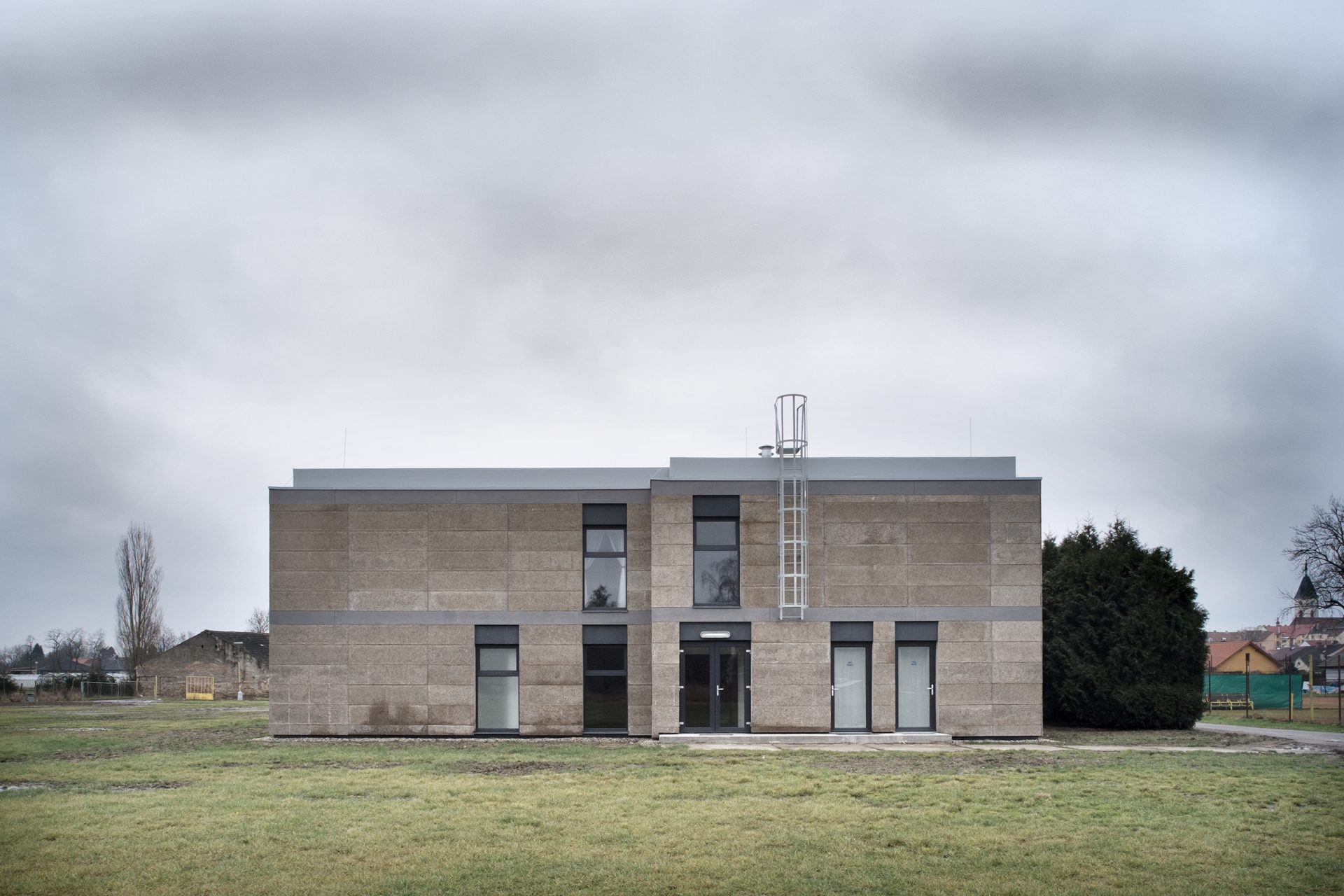 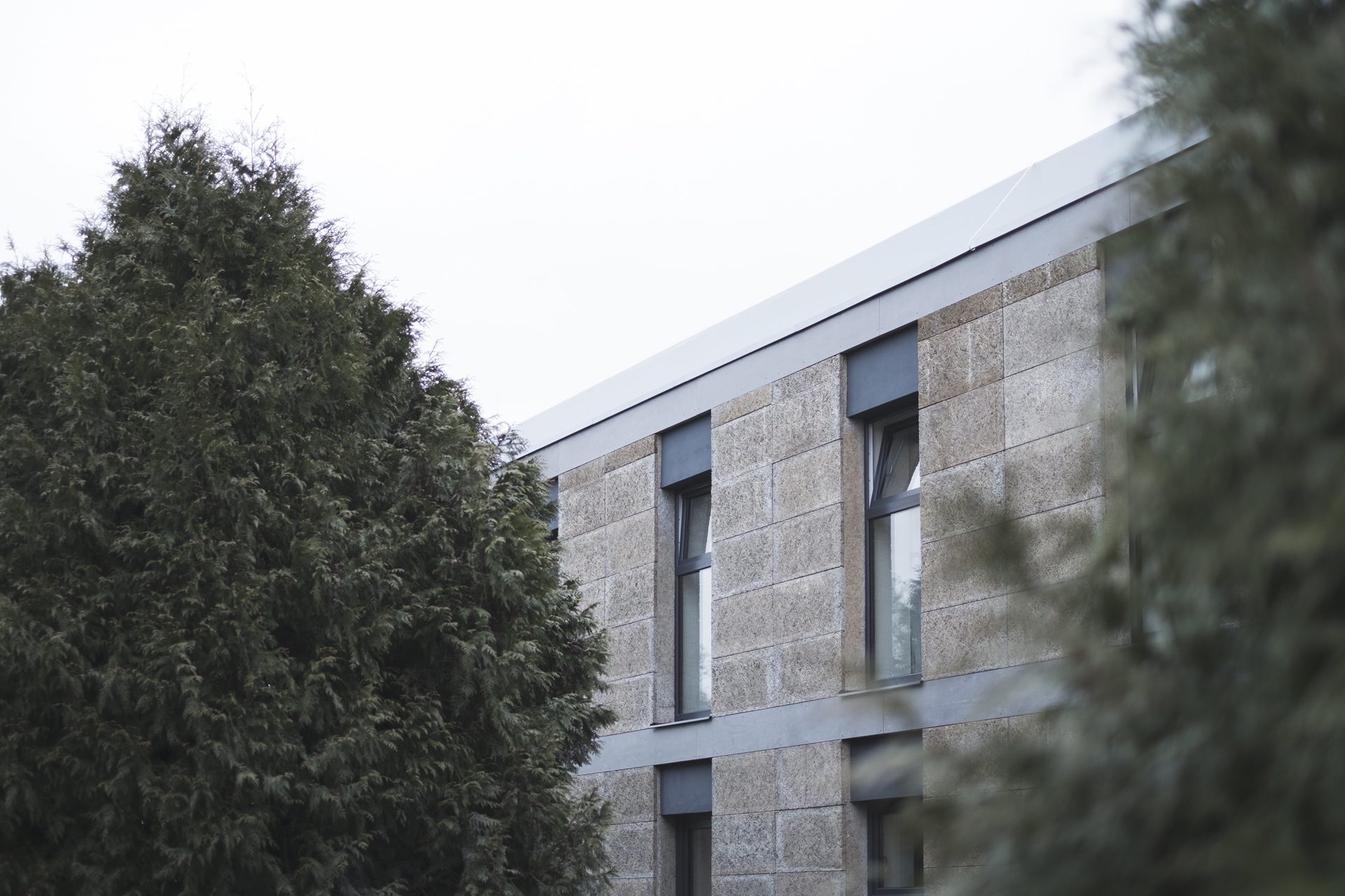 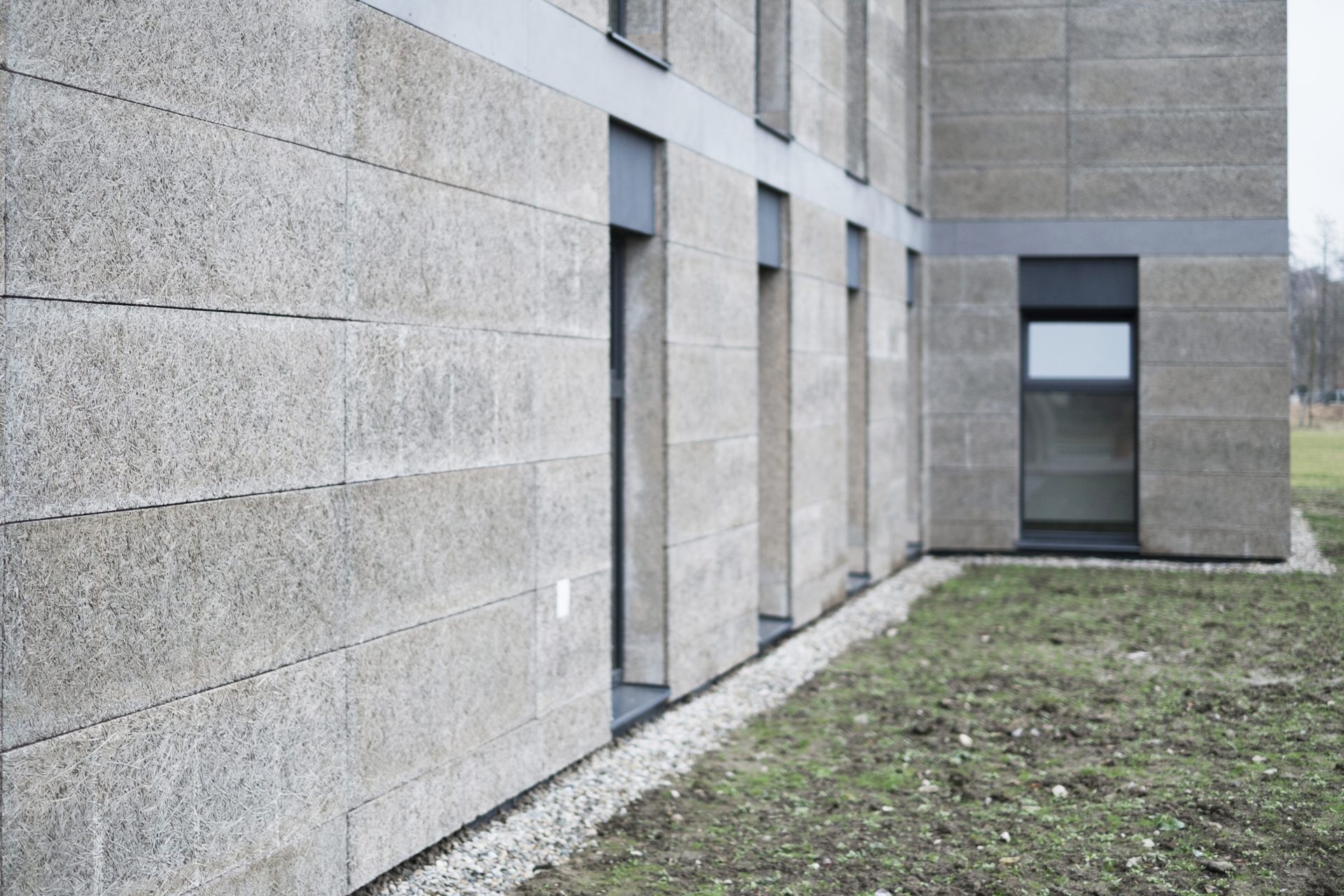 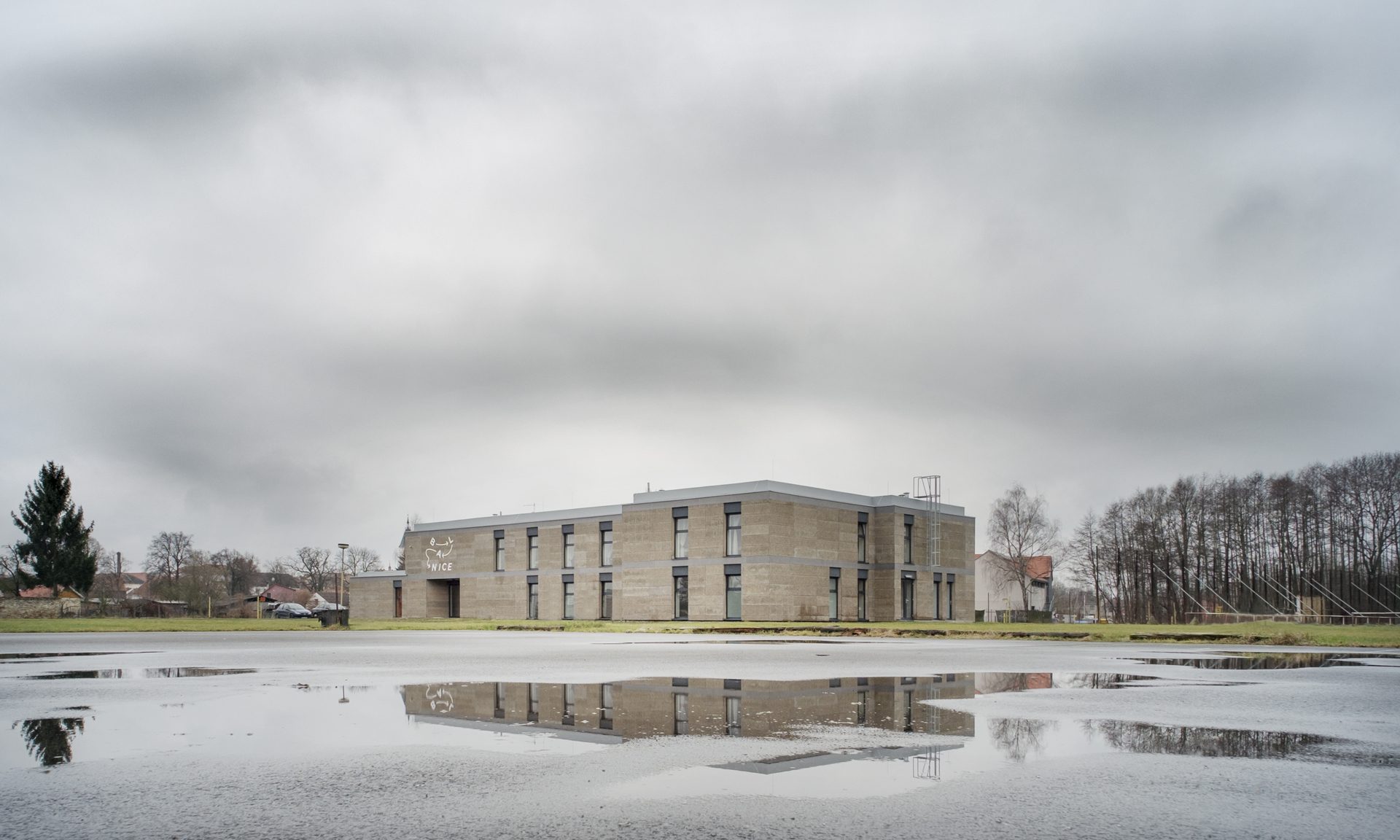 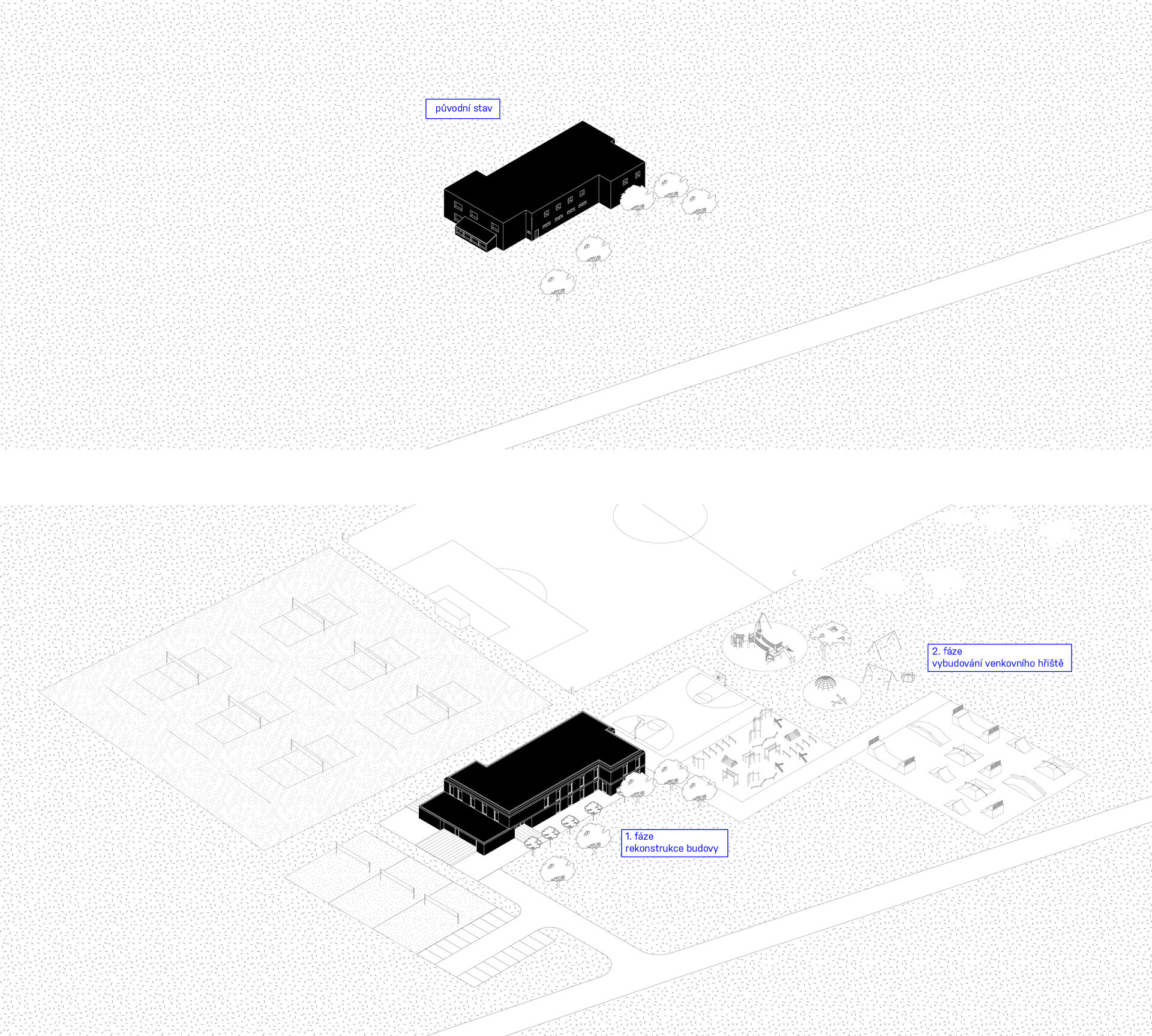 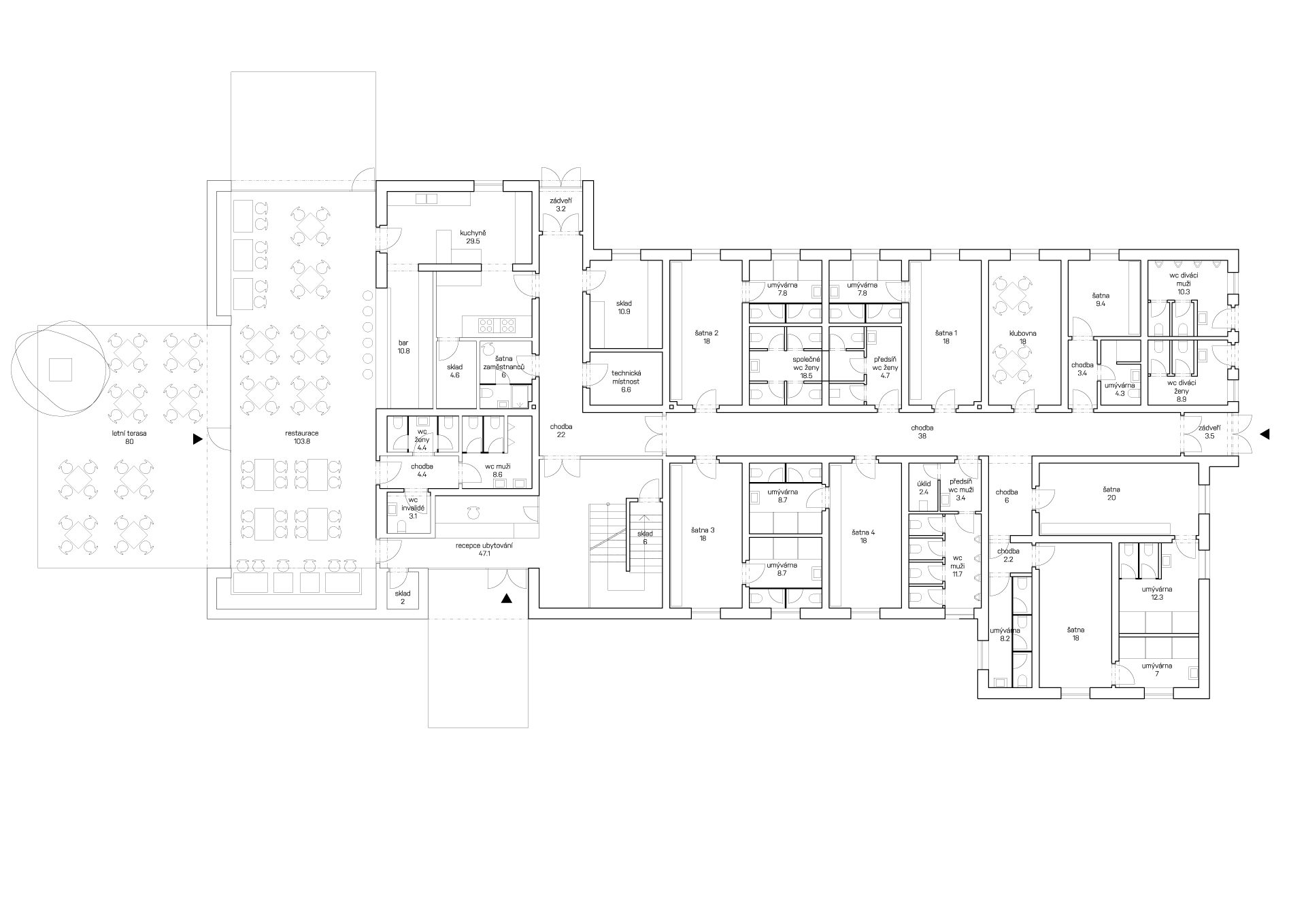 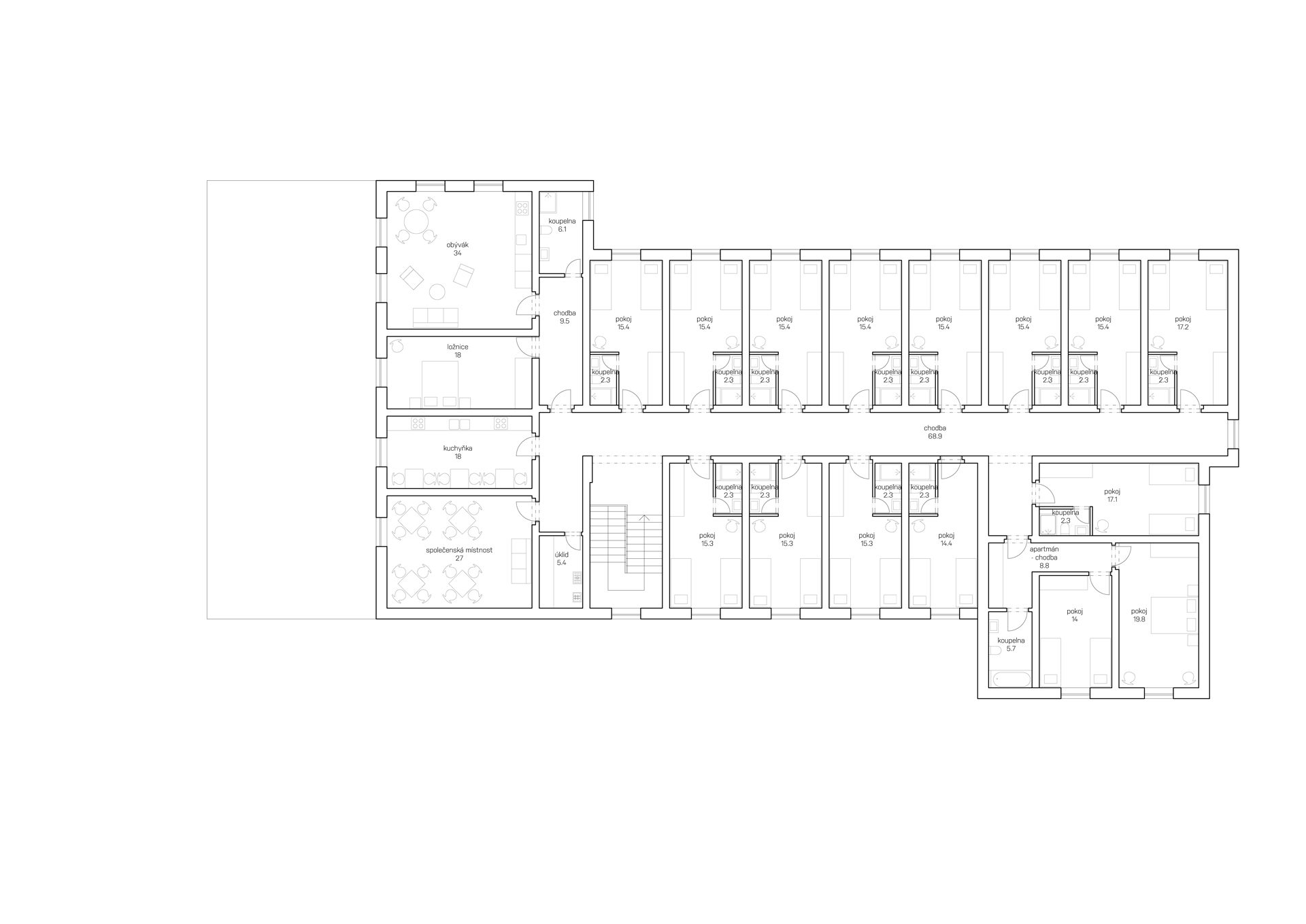 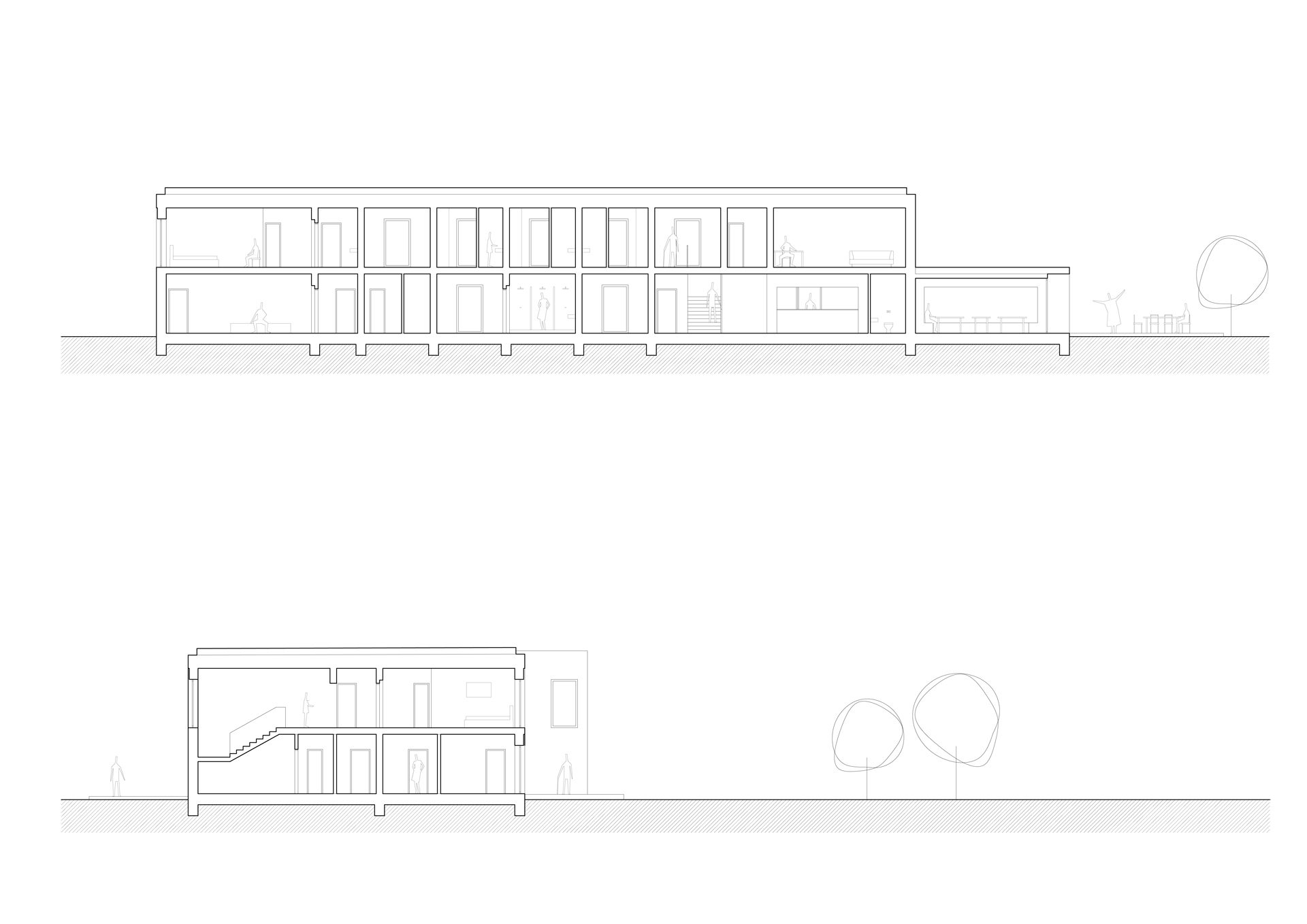 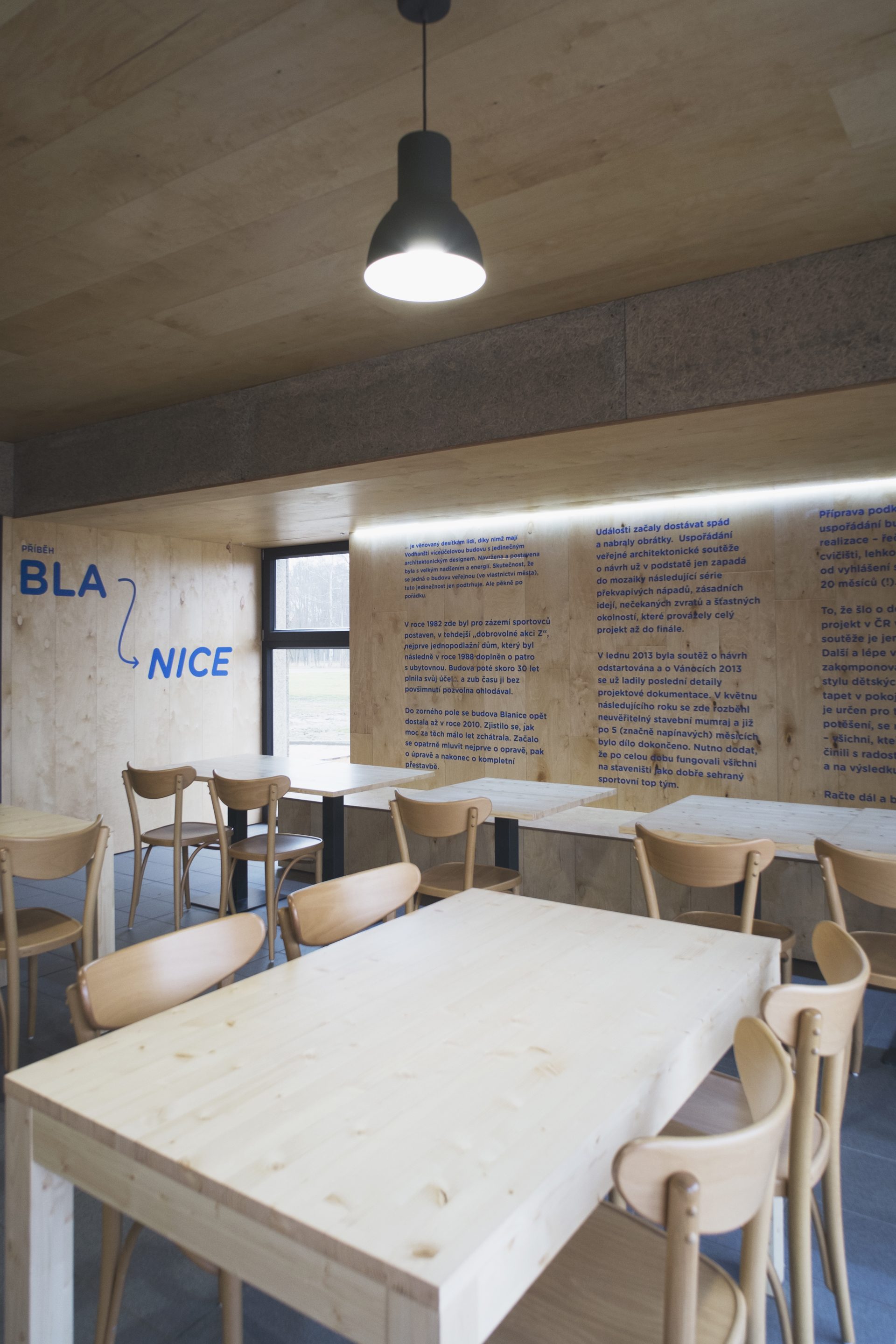 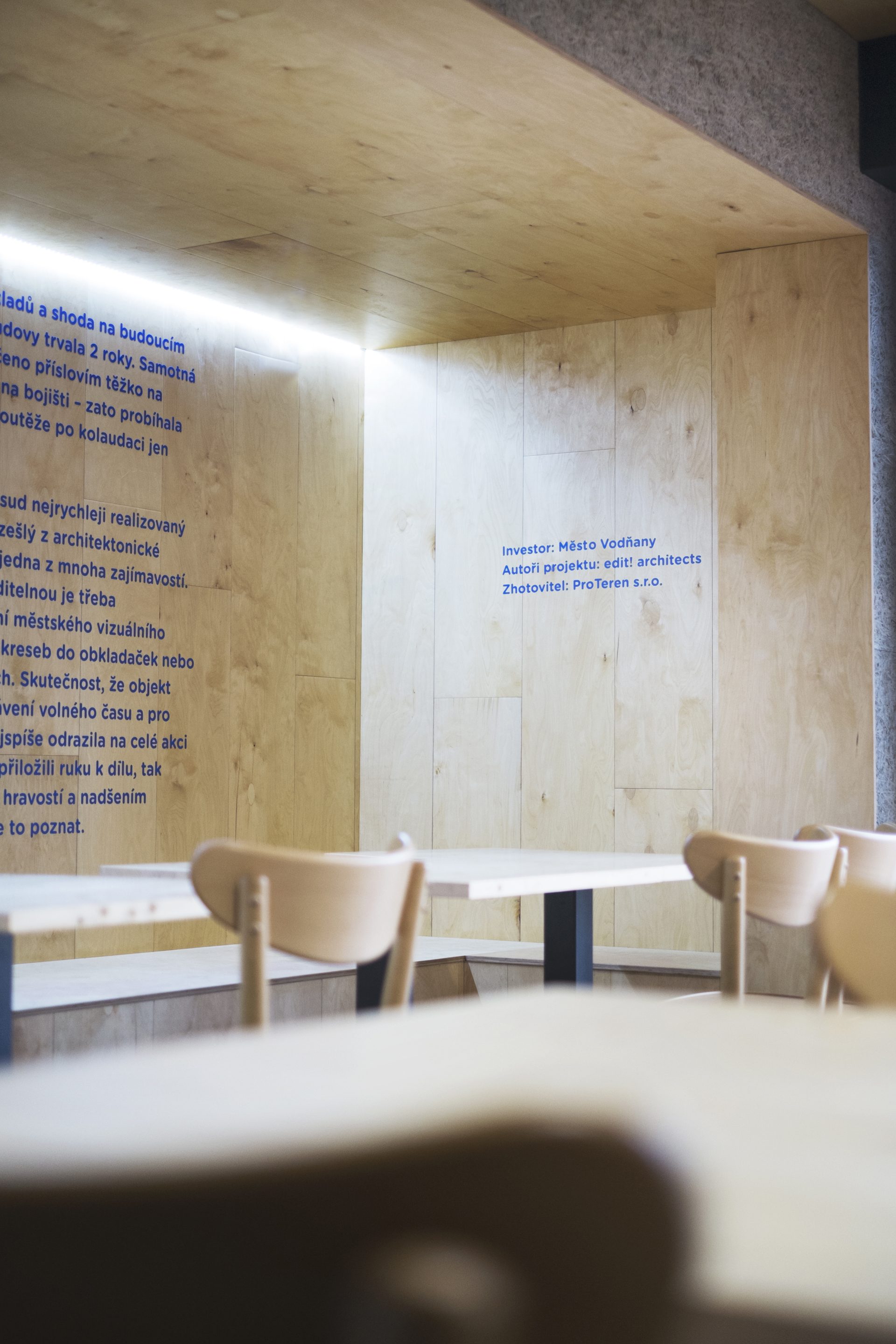 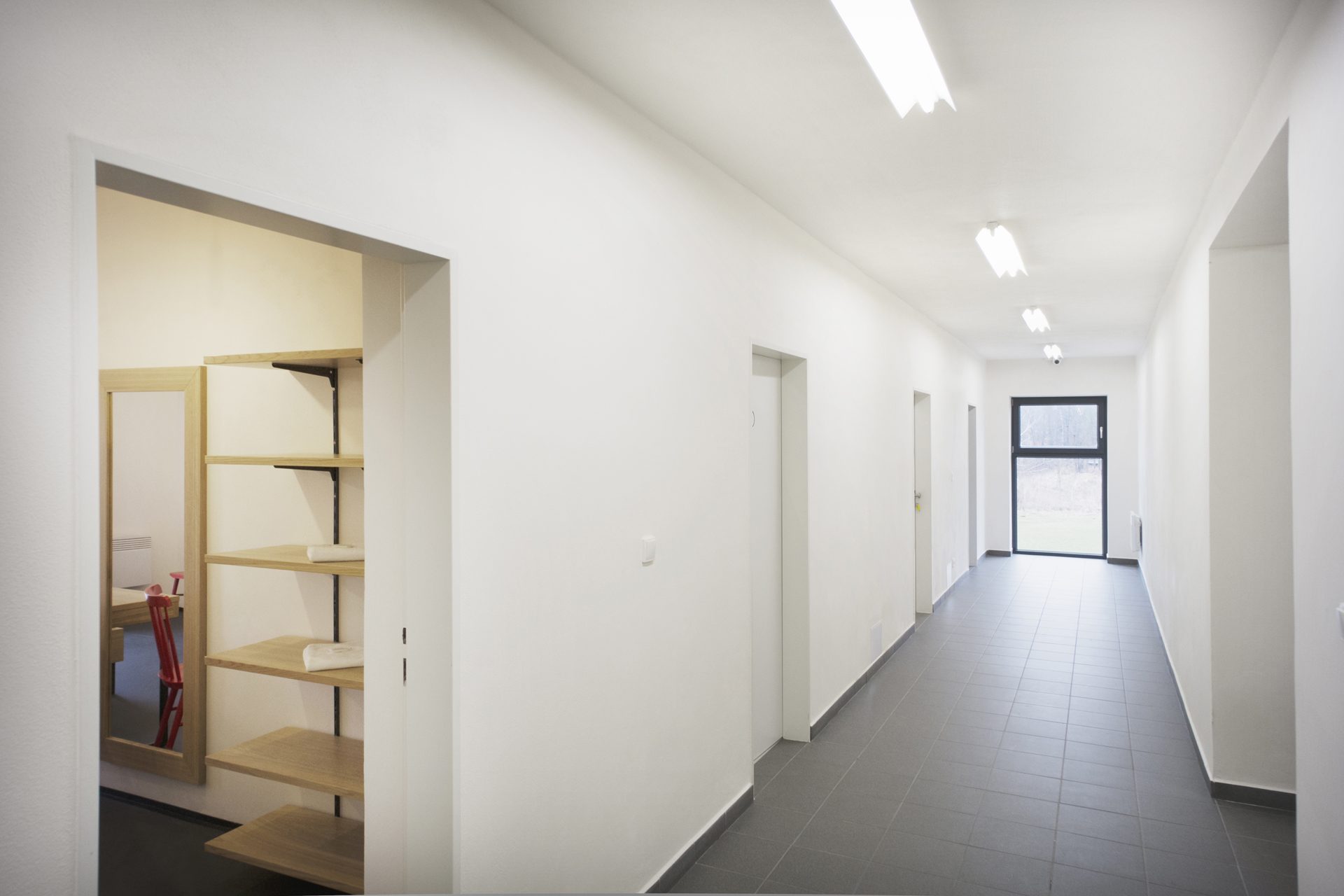 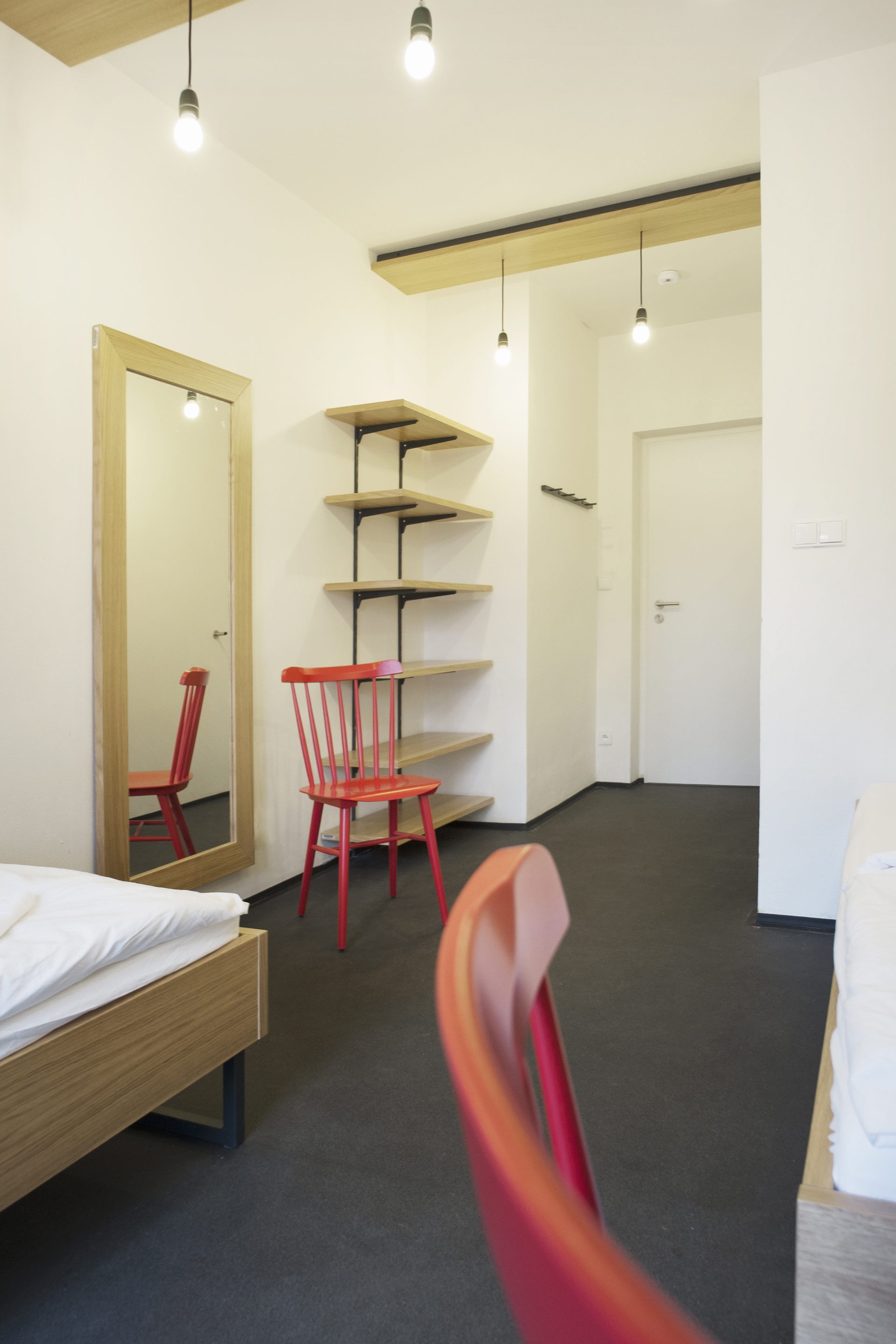 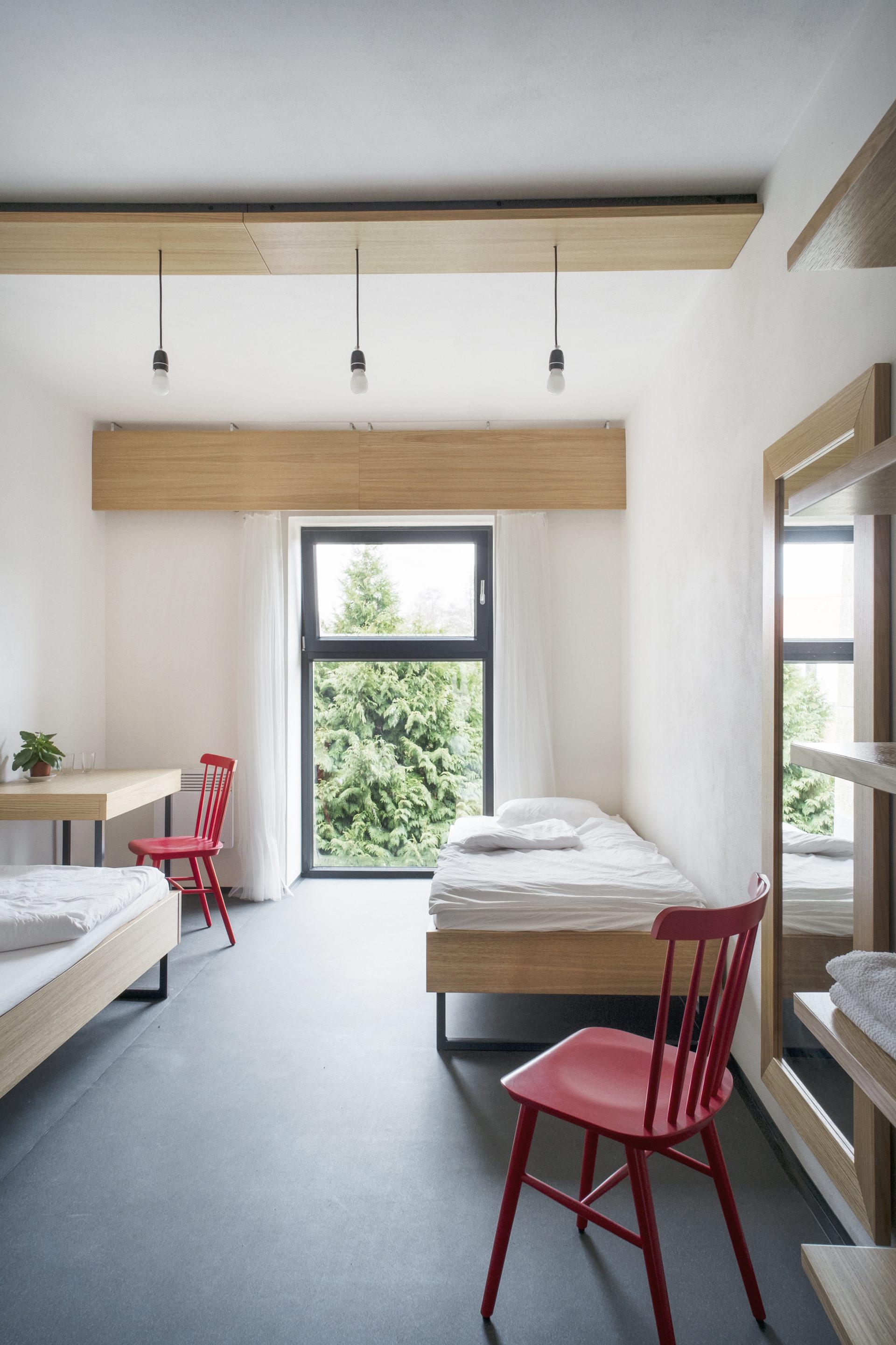